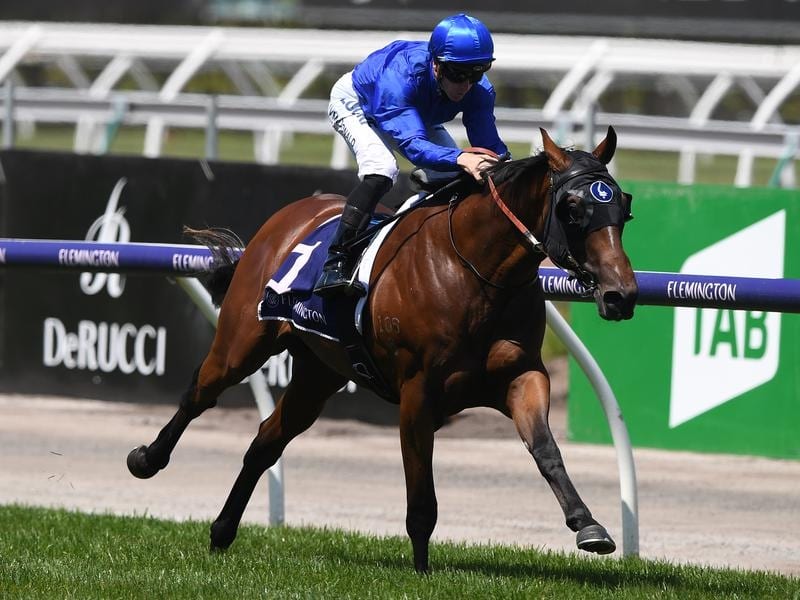 Microphone will be a new addition to Darley Stud’s southern hemisphere stallion roster in 2020.

Too Darn Hot was Europe’s champion juvenile of 2018 while Microphone earned the same title in Australia last season.

He retired with a Timeform rating of 131, and is currently standing his first northern hemisphere season alongside his sire Shamardal at Sheikh Mohammed’s Kildangan Stud in Ireland.

Too Darn Hot is a son of Dubawi and was raced by Lord Andrew Lloyd Webber until his career was ended by injury.

“To be able to offer Australian breeders these two prospects is a huge privilege,” Darley’s head of sales in in Australia, Alastair Pulford, said.

“We’ve seen what the Darley shuttle stallions have done for Australian racing with horses like Street Cry, Teofilo, Medaglia d’Oro and recently Night Of Thunder making a massive impression.

“The sires of both these horses, Dubawi and Shamardal, stood with distinction on the Darley roster in Australia and the availability of such a quality pair as Too Darn Hot and Blue Point is set to give Australian breeders access to elite outcross bloodlines that are already proven in Australia.”

Microphone, by Exceed And Excel, ran second in the 2019 Golden Slipper won by recently retired stablemate Kiamichi before winning the Group One Sires’ Produce Stakes.

“Microphone was a genuine champion colt from a stellar crop that has since proven itself against older horses,” Pulford said.

“He’s by the world’s best sire of two-year-olds. There are stakes winners right through his maternal family and he’s a very good-looking horse in the mould of his father.

“This trio is as good as any group of new stallions Darley has offered in Australia.”

Too Darn Hot and Microphone will stand at Kelvinside, NSW, while Blue Point will stand at Northwood Park, Victoria with their service fees to be announced later this month.

“We have been so thrilled with the way European breeders and industry professionals have supported Too Darn Hot that it makes this Australian adventure all the more exciting,” Lloyd Webber said.

“He has already taken us on an incredible journey and to now open him up to a completely new market is beyond our wildest dreams.”