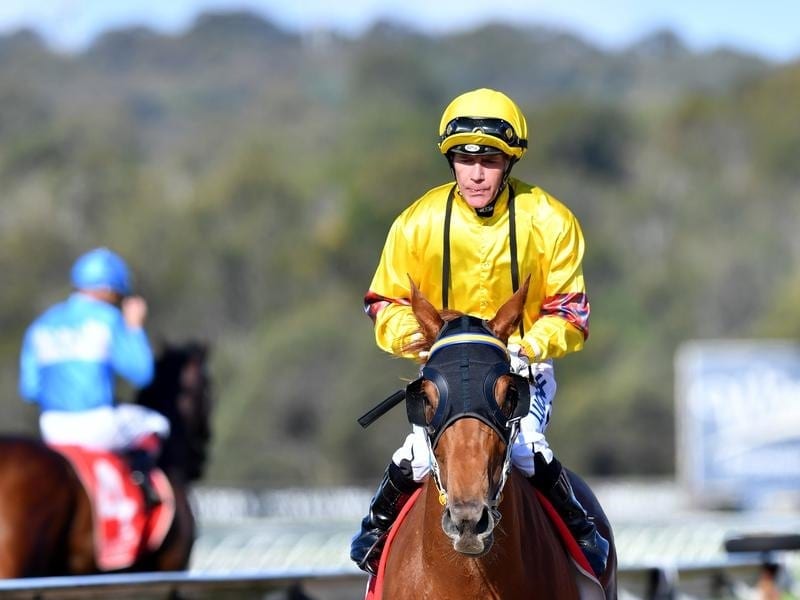 Blinkers have given former Perth mare Volkoff a winning edge at the Sunshine Coast.

A desperation bid to add blinkers to the race day gear of Volkoff helped her regain her best Perth form with a win at the Sunshine Coast.

Volkoff was a multiple stakes winner in Perth before being sent to Queensland for the Magic Millions National Sale as a broodmare prospect.

However, when she did not bring the money expected she was given to Gold Coast trainers Bryan and Daniel Guy for one more campaign.

Guy said he believed he had finally found the key to seven-year-old Volkoff but whether she raced on remained to be seen.

“I had her about as good as I could get her today. With these old mares you have to try something different and we added blinkers to her gear, maybe in desperation,” Guy said.

“Really, as a multiple stakes winner in Perth, in on the minimum weight here, she really did have her chance,” Guy said.