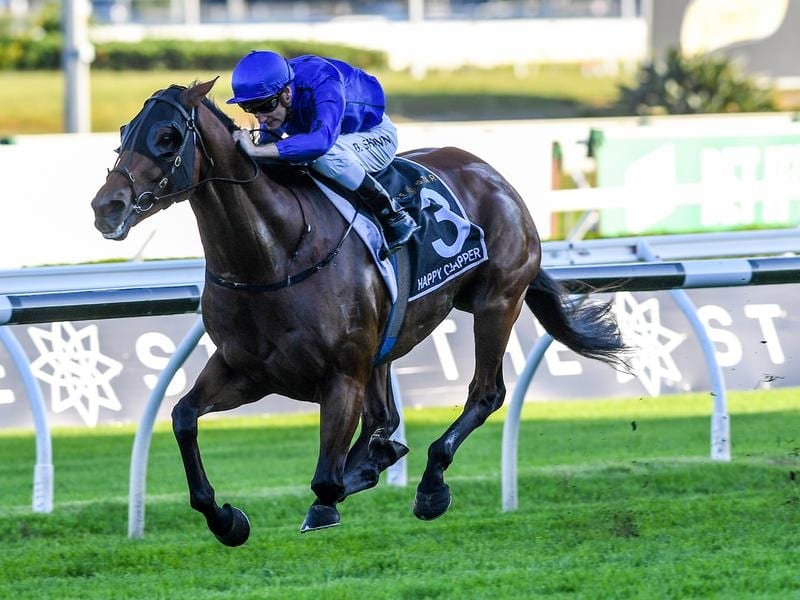 Blake Shinn, who won three G1 races on Happy Clapper, has wished him well in retirement.

Blake Shinn, the jockey who rode Happy Clapper to his three Group One wins, has paid tribute to popular galloper who has run his last race.

It was the fifth-consecutive year Happy Clapper had competed in the showpiece weight-for-age race of the Sydney autumn carnival.

Shinn, who is now based in Hong Kong, rode the grand campaigner in 20 of his 48 starts for seven wins including the Epsom Handicap, Doncaster Mile and Canterbury Stakes at Group One level during 2017/18.

“Happy Clapper was my champion and my war horse,” Shinn said on Twitter.

“I knew every time we went to battle what I had underneath me. A courageous beast that never took a backward step. Thanks for the memories you gave us all Happy Clapper. I hope I find another as good as you! #happyretirement.”

He was also there when Winx ran and won her last race, finishing fourth in the 2019 Queen Elizabeth Stakes.

“Well done Happy Clapper on an amazing career!” he said.

“Congratulations to Pat & team for their management to have him race successfully for so many years. We always made sure Winx was 100% prepared as you could never underestimate the Clapper – he kept us at the top of our game.”