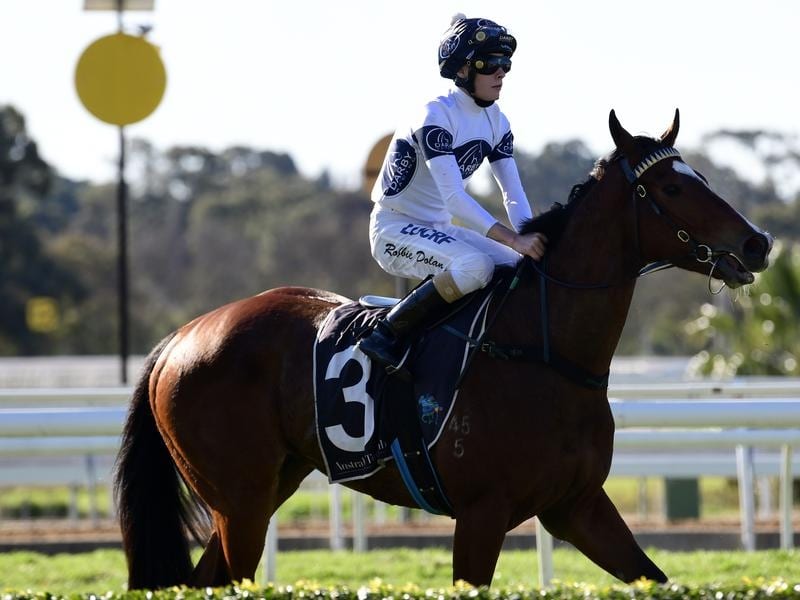 Mark Newnham describes Black Magnum as a pleasure to have around, but he hopes the horse’s Rosehill rivals will not be feeling quite the same way.

A no-fuss horse in the stable, Black Magnum has also been a consummate professional on race day, scoring comprehensive victories at his two starts this campaign, both in midweek grade.

He faces challenges on several fronts in Saturday’s Cabra Bowl Handicap (1200m) but such has been his improvement this preparation, Newnham is confident the horse will handle them.

“He’s got a few things against him. He’s going up in distance, up in weight and up in grade and he’s coming onto a dry surface,” Newnham said.

“If you look at all those things there’s a lot of reasons why he can’t win, but on the way he’s going, there’s every reason he can win.”

Black Magnum underwent a minor procedure to his knees at the end of his last campaign and Newnham has been training him on the forgiving Polytrack surface at Randwick.

Both factors have contributed to Black Magnum’s vein of form, as has natural maturity which has given the horse the tools to develop a racing style that gives him a competitive edge.

“He’s always been quick. He was a little mentally immature but now he’s just turned into the perfect racehorse,” Newnham said.

“He’s got good gate speed. He settles well once he gets his position and then he quickens off that. He’s got a really good race brain now.”

Newnham got the new racing season off to a promising start with Captain Stardust winning at Canterbury on Wednesday and stablemate Quintessa an eye-catching third.

Both horses will now be spelled with Newnham hopeful Quintessa can develop into an Oaks filly in the autumn.

His spring team is also starting to take shape with ATC Australian Oaks runner-up Scarlet Dream and promising three-year-old Deep Sea due to have their first barrier trials at Warwick Farm on Friday.

Group One-winning stablemate Nakeeta Jane heads to the Randwick session on Monday ahead of her return in the Group Three Show County Quality (1200m) at Randwick on August 24.