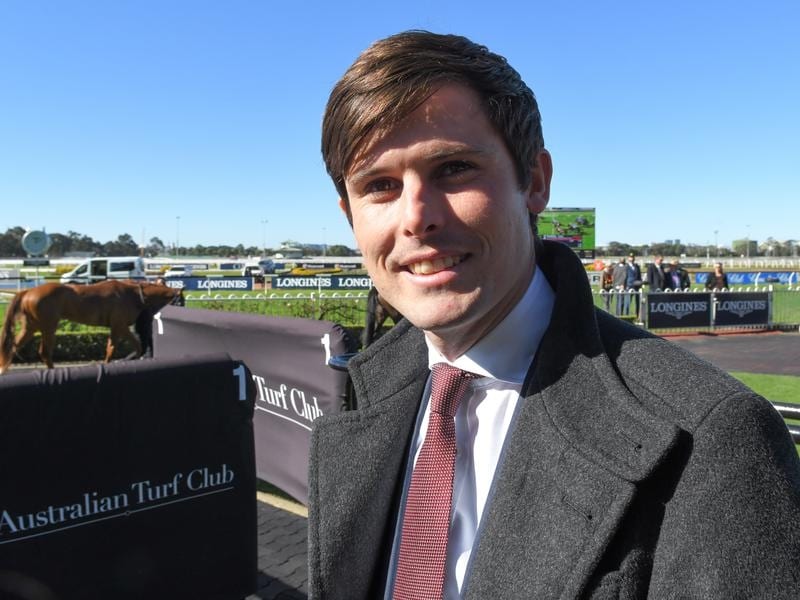 Having been to the fore in last season’s two-year-old races, Godolphin is now looking to the team to step up at three.

Sheikh Mohammed’s royal blue colours were carried to victory in three of Australia’s five Group One races for juveniles in 2018/19.

Bivouac did not make the elite level as a youngster but is up and running and the first three-year-old stakes winner for Godolphin this season.

A field of seven has been declared including Dubious who is also an acceptor at Caulfield.

“Bivouac has been held together since a scintillating first-up performance in the Vain Stakes against a small but solid bunch of horses first-up at Caulfield,” trainer James Cummings said.

“He’s a very athletic horse who hasn’t needed to do too much between runs and it will be important for him to maintain his consistency in his performances and cope with the challenge of travelling between states midway through his campaign.”

Bivouac won the Group Three Kindergarten Stakes in April, beating Libertini who is trained by Cummings’ father Anthony and being hailed as the next big thing following her successful return on Saturday in the Silver Shadow Stakes.

To be ridden by Hugh Bowman, Bivouac has been posted the $1.65 favourite in the TAB’s first markets ahead of Todman Stakes winner Yes Yes Yes from the Chris Waller stable at $3.90.

Late bloomer Subedar will represent Godolphin in the other three-year-old feature at Rosehill, the Ming Dynasty Quality (1400m).

Subedar made a winning debut at Kembla Grange in late July and backed it up with victory in a benchmark race over 1400m for three and four-year-olds at Rosehill on August 10.

“I’d like to think he can utilise the seasoning from going hammer and tong with an older four-year-old, Wimlah, last start as he drops back against his own age,” Cummings said.

“He continues to do things professionally around the track since his last win and it will be highly encouraging to see him competitive again as these spring races become more difficult.

“He’s an interesting horse for us because he’s had some depth about him and it will be intriguing to see how far this late maturing horse can go in one preparation.”

Subedar is the $3.20 Ming Dynasty favourite ahead of the Waller-trained Maddi Rocks at $4.