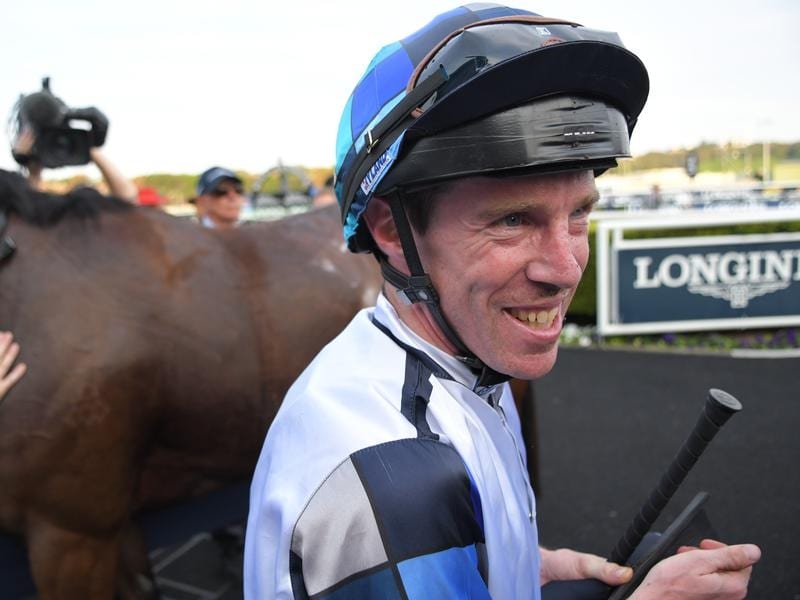 John Allen has won the Galleywood Hurdle for a fourth time, confirming his versatility as a jockey.

Jockey John Allen has landed a fourth victory in the Galleywood Hurdle, guiding Big Blue to an impressive win in the feature race at Warrnambool.

After arriving in Australia, Irishman Allen commenced riding trackwork at Ballarat for Darren Weir before making a name for himself over jumps.

Combining with Weir, Allen won the Galleywood on Gotta Take Care (2014), Gingerboy (2016) and Renew (2017) as he went about gaining more opportunities on the flat.

Allen is now considered a leading rider on the flat and was happy to step up to ride Big Blue for Ciaron Maher and David Eustace after earlier flat wins on Wednesday’s program.

Maher and Allen are no strangers to big winners over jumps, having paired with Regina Coeli in 2015 and 2017 in the Grand Annual Steeplechase.

They team again with Bit Of A Lad in Thursday’s Grand Annual.

“Jumping rides might be a bit limited these days as I’m concentrating mainly on the flat as I’ve obviously been getting more opportunities,” Allen said.

“But it’s great to win, especially a big race like that on a horse that jumps and travels so well.”

Providing Maher with a first Galleywood success, Big Blue raced to a 2-3/4 length win from Mr One Eleven with Lucques five lengths away third.

Maher praised Annabel Nesham, who runs his Sydney stable at Warwick Farm, for recommending the purchase of Big Blue.

Coming to Australia as a Godolphin import, Big Blue didn’t win in five starts before being sold.

“If you take away his Australian form he’d be a million-dollar horse,” Maher said.

“His form had tapered off a bit over here but getting out to a trip and some jumps, he’s gone from strength to strength.”

Maher said Allen had ridden the jumper perfectly while the jockey said he had right run throughout the race.

“He jumped brilliantly the whole way and he was relaxed,” Allen said.

“Goodwood Zodiac was jumping out right the whole way and that gave us a good run on the inside down the back straight.

“Looking at his replays he looked a tough horse and while he might not have a big turn of foot, he can sustain a good gallop.”