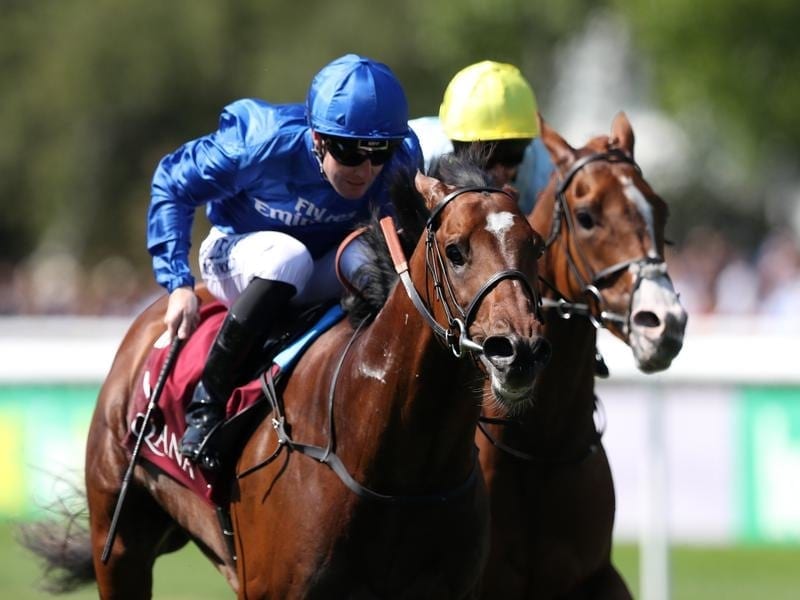 Best Solution (left) is on his way to the Melbourne Cup after his Group One win in Germany.

Best Solution has confirmed a trip to Australia for the Caulfield and Melbourne Cups with victory in Germany’s most prestigious race, the Grosser Preis Von Baden at Baden-Baden.

Having struck at the top level at Hoppegarten last month, the Godolphin-owned four-year-old produced another big performance to give trainer Saeed bin Suroor a third win in the Baden-Baden showpiece on Sunday (Monday AEST).

Ridden by Pat Cosgrave, Best Solution was strong at the end of the 2400 metres, holding off Defoe by a neck.

British bookmakers cut best Solution to 16-1 for the Caulfield Cup and 25-1 for the Melbourne Cup.

“I’m happy for him. He has improved and the jockey gave him a good ride,” he told Press Association Sport.

“He was good. He won the race well and now the plan is to take him to Australia.

“He will be in quarantine on the 13th of this month. We will run him in the Caulfield Cup and then the Melbourne Cup.”