While it isn’t quite as big a sport as the likes of basketball or soccer on a world scale, it has certainly developed a cult following in just about every major nation, with most continents featuring world class leagues. 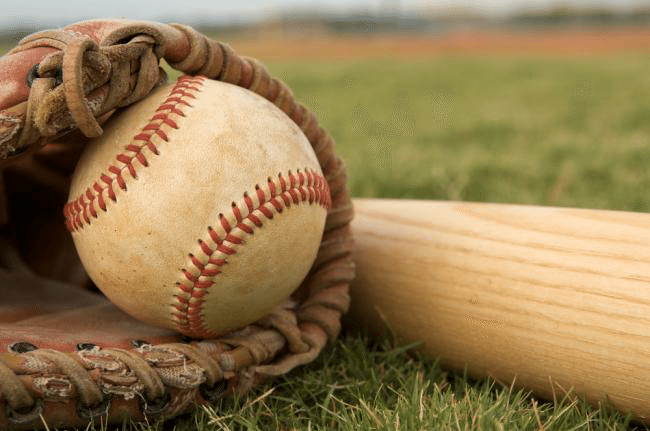 The MLB is obviously considered the pinnacle. It is the highest paying, most exposed and is packed chock a block with the best baseball talent on the planet.

It really is the beginning, middle and end when it comes to baseball betting.

But don’t discount some of the major leagues in other countries.

While chiefly in Japan and South America, there are some serious competitions all over the world, including:

There are many other leagues, in places as diverse as the Dominican Republic and Croatia. Of course, if you are going to bet on the baseball, it is probably going to be on the Major Leagues in the USA. And there is a famous – and infamous – betting history on the league.

In the late 1800s, the Italian Mafia used to pay players to fix games and clean up with the bookies. In 1919, the Chicago White Sox had eight players caught out for throwing games – you couldn’t blame them though, the White Sox owner at the time was notorious for underpaying his players and that meant they had to look elsewhere for fair compensation.

That was a watershed moment for gambling in baseball, with a massive move toward regulation that has spawned the tight restrictions we see today – and has hopefully preserved the integrity of the game so you can gamble with the confidence that the result is not decided.

Best online bookmakers to place your baseball bets with

There are many baseball bookmakers in Australia, with these including many of the top operators in the space. For instance, online bookmakers like Ladbrokes, Neds and Unibet are absolutely top notch and cover all baseball games from around the globe.

Australian betting sites are free to sign up at, have got downloadable betting apps and cover all baseball games extensively, including Major League Baseball and various European leagues.

Australia has got more than 10 great baseball betting sites that you can become a member of. As baseball is not the biggest betting past time down under, they don’t all cover the sport extensively, but some bookmakers you should check out include:

Head to head or money line:
The most basic of baseball bets. This is where you pick a team that is going to win, decide how much money you are going to stake on them, place your bet and then hope for the best. It does not matter what happens in the game or how they do it, as long as the team you have bet on comes away with the win, you will get your money.

Line or handicap:
Perhaps the most popular style of betting on baseball. Given that most baseball games have a favourite and an underdog, you will often find that the odds can be too short or too long to wager your money on the head to head market. That’s where line betting comes in. Your favourite online bookmaker will set a handicap on each of the teams, with the favourite getting a minus and the outsider getting a plus. So Chicago might be the favourite against Cleveland. They will get something like a -1.5 and the Indians a +1.5. That means if you bet on Chicago, the Cubs must not only win the game, but do it by at least two runs for you to collect. Conversely, the Indians get what is akin to a one run head start. So, if you bet on them, they can lose and you can still win, provided it is not by more than one run.

Match total home runs:
This will usually appear in the form of an over or an under. 6.5, 7 and 7.5 tend to be the popular figures on MLB games and that means that, if you go the overs, the total runs hit between the two teams in the match you bet on must exceed the total provided by the bookmaker – ie, if the figure is 6.5, there must be seven or more runs hit. And its vice versa if you go the unders.

World Series winner/championship winner:
No matter the league, there is always an overall champion. The World Series is obviously the pinnacle here, but that doesn’t mean you won’t find a futures bet on the other leagues. You can get this bet almost all year round and all it means is that you have to have plenty of clairvoyance and pick the team you think will stand above all others on the final day of the competition.

Divisional/conference/minor, etc, champions:
Again, this one is mostly applicable to the majors, where there are winners of two different leagues that then go into the world series, but there are many other leagues that have conferences, or top of the table awards that you can bet on.

Most Valuable Player:
Who will be voted as the best player in the league on that season? If you can answer that question, then you’re doing very, very well. You can get juicy odds in baseball, because there are so many players, and this is, most of the time, a speculative pick, because it is tough to say who will take the competitions by storm in any given season.

Tips for betting on baseball

First and foremost, if you are going to bet on baseball, make sure it is with your spare money. Don’t go using the cash you have put away for the power or phone bill on the whims of baseball betting.

Once you have got that out the way, there are a number of things you need to do before you bet on the baseball if you want to make some money:

Watch plenty of the sport

If you want to be successful, the only way to do it is to make sure you are taking in plenty of the sport. There is no point punting on the game if you haven’t seen the players and teams in action. It is the best form of research.

Know your pitchers
You need to know who will be the starting pitcher in a particular game, because this, more than any other factor, has the most bearing on the game. The best pitchers invariably win. And make sure you know who is in the bullpen. Depth can be key.

Know your offence
If you know that both teams are putting up their best pitchers in a game, you want to make sure the team you pick has the firepower to get the job done. Be across who will be expected at bat and check the stats.

Know your stats and history
How has the team gone against the other team in recent times? Are they good at home? Have they had success on the road? People say the numbers don’t matter, but history tells us that they do.