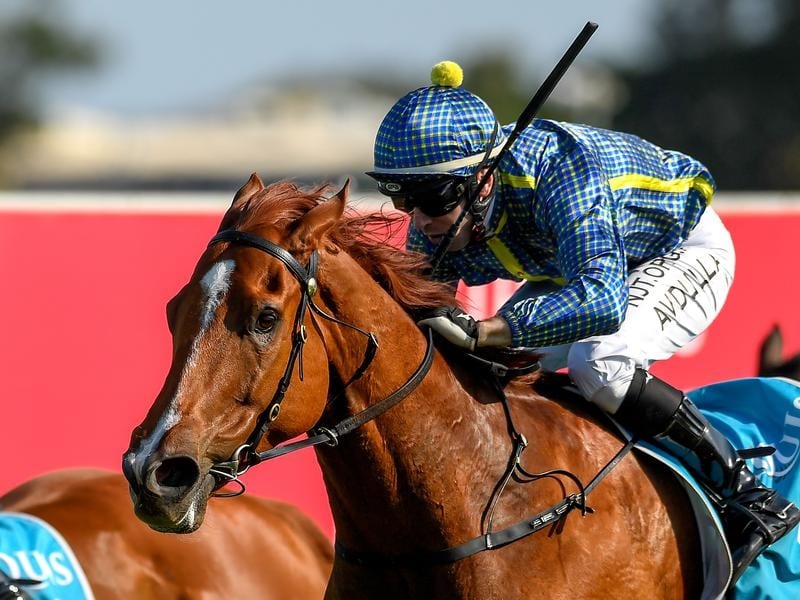 A good barrier should give Guard Of Honour his chance to win over 1200m at Doomben.

Trainer Kelly Schweida is hoping a good barrier can help overcome an unsuitable distance for sprinter Guard Of Honour at Doomben.

Guard Of Honour will be having his first run since February 22 in Saturday’s Racecourse Village Open Handicap (1200m).

Schweida had hoped to find a 1000m or 900m race for Guard Of Honour but his options have been limited by regional racing with the south east of Queensland divided into two areas to help minimise the chances of the spread of coronavirus.

He trains at Eagle Farm which means his horses are restricted to starting in Brisbane or the Sunshine Coast.

“He is ready to run but there was nothing much else for him,” Schweida said.

“We all have to do our best in these circumstances and Saturday looks the right option.”

Guard Of Honour has won six races but none over further than 1100m.

In his six runs at 1200m Guard Of Honour’s best effort was a second in the 2017 Group Three Eskimo Prince Stakes as a three-year-old when trained by Kris Lees.

“He hasn’t been far away in a couple of other 1200 metre races when he didn’t have much luck,” Schweida said.

“The key could be the good barrier in three which means he should get a nice run.

“The other thing is he is a good fresh horse so this might be his chance at 1200 metres.”

Robbie Fradd will have a rare ride for Schweida on Guard Of Honour.

“Robbie’s style should suit Guard Of Honour from the good barrier,” Schweida said.

Schweida accepted in both the open two-year-old and and the two-year-old maiden with impressive recent trial winner Bantangas Entry.

The gelding is by 2015 Golden Slipper winner Vancouver out of Assail who won the Wyong Magic Millions 2YO race in her short career.

“He won a Deagon trial easily enough but as we always say you like to see them do it on race day,” Schweida said.

“The maiden race looked a better option for him at 1110 metres from a good barrier which is essential from that start.”

“We have put winkers on him and it should help in the big field at his first race start.”