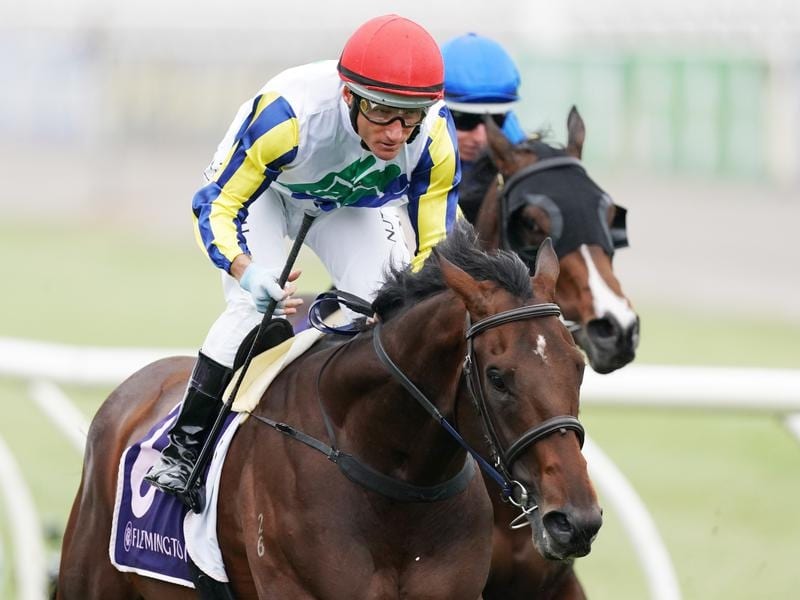 Promising colt Banquo has added to a memorable Melbourne Cup carnival for trainer Danny O’Brien and highlighted his own potential with a Listed race win at Flemington.

Three-year-old Banquo’s victory in Saturday’s Springtime Stakes (1400m) was the latest winner for O’Brien during this year’s Cup carnival, with the trainer winning a stakes race on each of the four days.

Miami Bound was ridden by Damien Oliver, who also steered Banquo ($4.20) to his one-length win on Saturday over Sophia’s Choice, with a half-head to Regimental Band third.

Banquo is a younger brother to Group One Oakleigh Plate winner Booker and fetched $600,000 as a yearling at the Magic Millions sale at the Gold Coast.

He began his career with New Zealand trainer Stephen Marsh who started him twice in Melbourne earlier this year before the colt remained in Australia to join the O’Brien stable.

“He’s a class colt,” O’Brien said of Banquo, who has won two of his five starts.

“He’s got some really good friends of mine from New Zealand who own him and they wanted to see what he could do here in Australia. We’ve given him a pretty quiet entry this spring but it’s always been based around getting him to Cup week and having a look this week.

“Now we’ve got a platform to hopefully aim up to some good races in the autumn.”

O’Brien will consider next Saturday’s Group Two Sandown Guineas (1600m) for Banquo, while the Group One Australian Guineas in March is a longer term target.