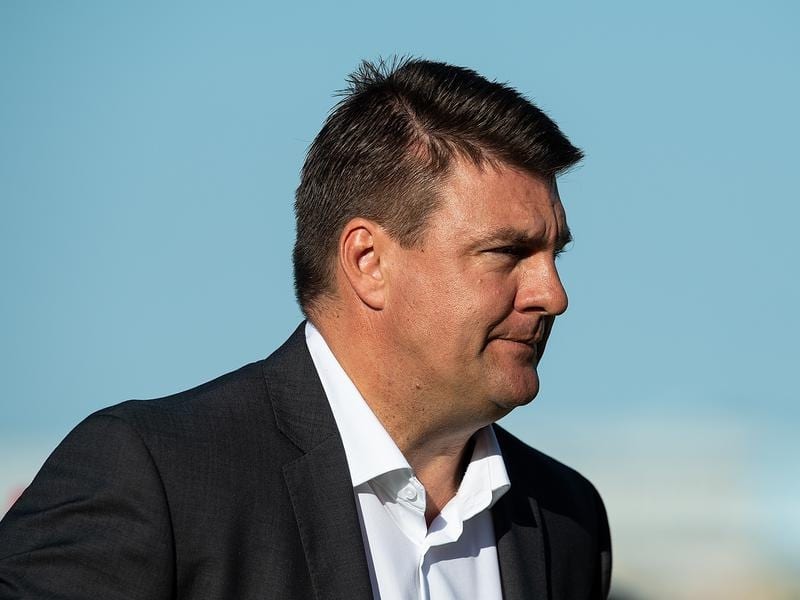 Trainer Chris Anderson will rely on Ballistic Boy to fly the flag for the stable over spring.

Trainer Chris Anderson will rely on Ballistic Boy for a possible southern assault after sending stable star Profit for a spell.

Anderson and Robert Heathcote have dissolved their training partnership with Anderson retaining 40 horses including three-year-olds Profit and Ballistic Boy.

Profit made it three wins and a second from four starts when he won at Eagle Farm last week.

Anderson had given some thought to a Sydney trip with Profit but decided to send him out for a break.

“I believe he will be a genuine Derby horse next campaign and now is a good time for him to have a break,”Anderson said.

“There is an argument he should be unbeaten but he has been very good this time on raw ability.”

Ballistic Boy steps up to 1400m in a three-year-old handicap at Eagle Farm on Saturday.

Profit and Ballistic Boy are both raced by Think Big Stud.

Ballistic Boy ran well in Group company during the winter and was a strong finishing second when he resumed at Doomben two weeks ago.

“After Saturday we will have to decide whether to head to Sydney or Melbourne or stay here,” Anderson said.