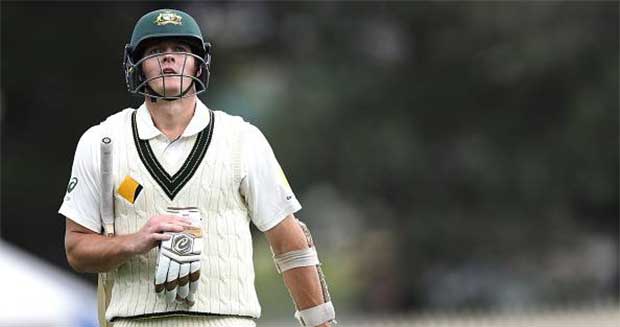 THE woes continue for Steve Smith and the Australian test team.

South Africa has established a huge first innings lead in the second test of the series, batting its way to 326 after removing Australia meekly on the first morning for 85.

The Proteas enjoy a 241-run advantage and have two and a half days to bowl the Aussies out to secure the series.

The way the game is slanted, even with a full day lost to rain on Sunday, this match could be over within four days.

The live odds on the second test tell the full picture.

The two architects of the South African dominance have been Vernon Philander and Quinton de Kock.

Check the live odds for the match as it progresses here – it’s worth noting that with unpredictable weather scheduled for the next two days and a pitch that looks to have flattened since a wild first session, the $5.50 for a draw could be value for punters.

After top-scoring in the first innings with an unbeaten 48, Australian captain is the $3.50 favourite to top score in the second innings for Australia. Punters can get $3.50 on Vernon Philander to repeat his efforts with the ball when the visitors eventually take to the field again.

Could Australia go winless for the entire test summer?

Things couldn’t get worse for this Australian team, right?

Sportsbet.com.au doesn’t forecast any immediate success against the South Africans, but there is some hope when Pakistan begin its test tour at the GABBA on December 15.

The Aussies are $1.35 for its next test win to come against Pakistan – the current number 2 test team in world cricket – and $7.50 to go through the entire Aussie summer without winning a test.

If you think the men in the baggy green could lose every test, you’ll get $51 at Sportsbet.com.au.

The fact those odds aren’t significantly longer – even in the hundreds – says a lot about the narrative surrounding the side.

$2.40 vs South Africa (including Hobart Test)