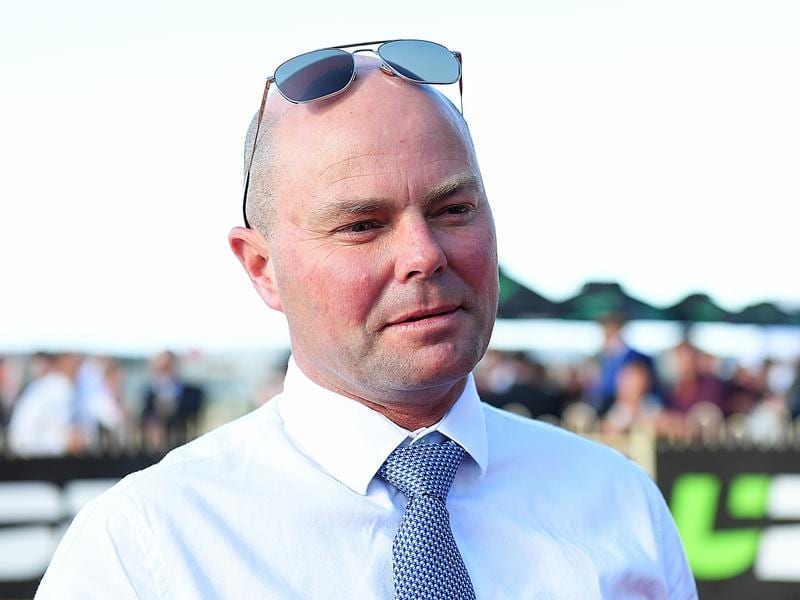 Trainer Matt Dunn hopes the decision to send Atlantic King to Sydney instead of running him at Eagle Farm can boost the gelding’s chances of a Magic Millions Guineas start.

Dunn, who trains at Murwillumbah, accepted with Atlantic King in three-year-old races at Rosehill and Eagle Farm on Saturday but elected to run him in Sydney.

The trainer has a high opinion of Atlantic King who was third in a three-way photo-finish with Zac Attack and Better Reflection at Eagle Farm two weeks ago.

Dunn thought Atlantic King would be hard to beat in either race.

“Naturally he drew barrier three in Brisbane and if I had been keen to run there he would have drawn 13,” Dunn said.

“But I want to build up Atlantic King’s prize money so he can get a Millions start.

“The Sydney prize money is better even for minor placings but I think he is up to them on Saturday and I think the 1400 metres at Rosehill suits him.”

Dunn will rely on Xanthus in the QTIS Three-Year-Old Handicap (1200m) at Eagle Farm.

Xanthus won his first two runs back from a spell but was slightly disappointing when fourth to top filly Gem of Scotland at his last run.

“I thought he was going to win at the 200 metres but he was a bit plain late,” Dunn said.

“He has drawn barrier one on Saturday so hopefully it was just one of those runs and he will be back to his best.”

Xanthus is also on his way to the Magic Millions Guineas (1400m) and already has $124,000 towards qualifying.