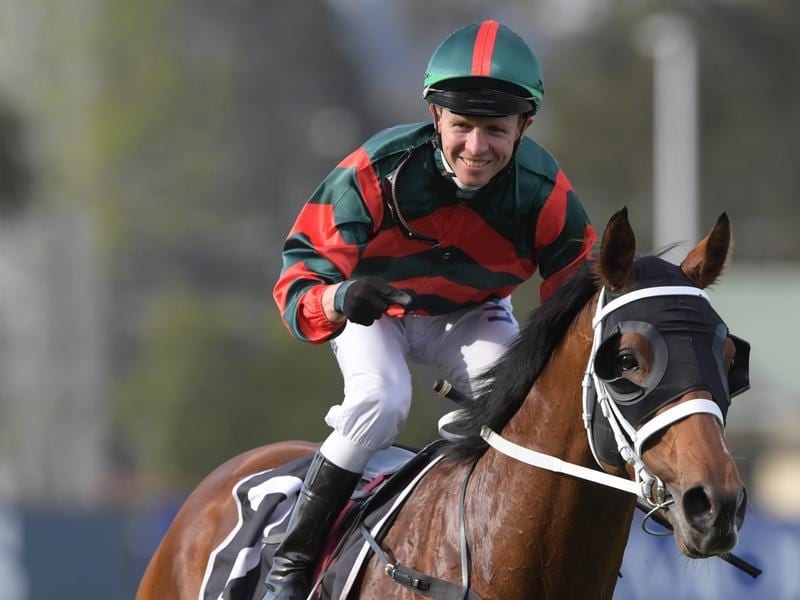 Arrowfield Stud has bought a 50 per cent share in Caulfield Guineas favourite The Autumn Sun.

A half share in Caulfield Guineas favourite The Autumn Sun has been sold to leading Hunter Valley thoroughbred nursery Arrowfield Stud.

The Autumn Sun, a son of Arrowfield’s champion stallion Redoute’s Choice, has already won two Group One races from his first five starts.

He is an odds-on chance to emulate his sire as a Caulfield Guineas winner in Saturday’s $2 million race.

Arrowfield announced on Wednesday it had secured a 50 per cent interest in the three-year-old colt who has been raced by Hermitage Thoroughbreds.

“I am very pleased to join Hermitage in the ownership of The Autumn Sun to race him and then develop his breeding career,” Arrowfield’s John Messara said.

“It just seems Arrowfield is the rightful place for this colt’s future at stud.

“After all, we bred and sold him in partnership with The Aga Khan Studs, and we launched and stood his champion sire and grandsire.

“He has physique, athleticism and pedigree, all of the highest order, and I couldn’t be more excited about the prospect of standing him at Arrowfield.”

Messara said would assume responsibility for managing the remainder of The Autumn Sun’s racing career.

Trained by Chris Waller, The Autumn Sun stormed home to win the Group One Golden Rose at Rosehill at his most recent start.

The first of his Group One victories came as a two-year-old in the JJ Atkins at Doomben.