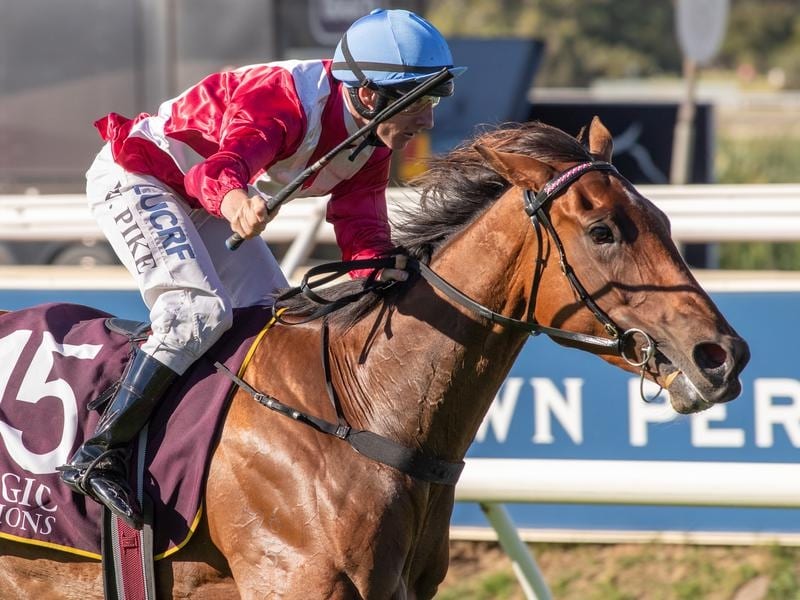 Star Perth filly Arcadia Queen is to join Chris Waller’s Sydney stable with owner Bob Peters hoping she can secure a slot in the $14 million Everest.

The leviathan West Australian owner also says the new $7 million Golden Eagle (1500m) for four-year-olds is another consideration, almost certainly ruling her out of the Cox Plate.

Peters will also send Enticing Star and Celebrity Dream to Waller at Rosehill.

Chris Waller Racing holds a slot for the Everest on October 19 while the Golden Eagle is on November 2.

“I decided to look for someone with an Everest slot,” Peters told Perth’s TAB Radio Sports Daily.

“I have not thought about the Cox Plate at this stage.”

Arcadia Queen has won five of her six starts from 1200 to the 1800 metres of the Group One Kingston Town Classic in December.

Peters said he hoped Enticing Star, runner-up to Voodoo Lad in the Winterbottom Stakes, could also be considered for the Everest.