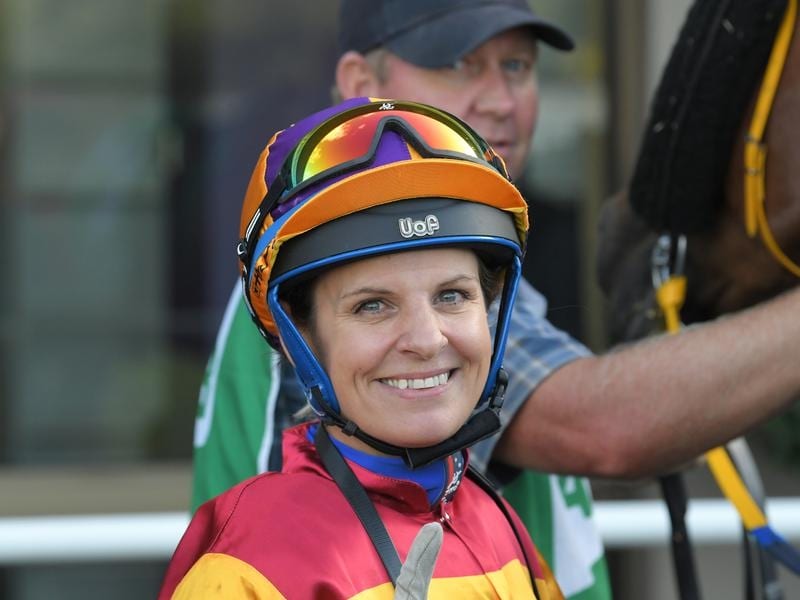 Apprentice Jenny Duggan has put the seal on her comeback by taking out the Rising Star series.

Jenny Duggan has celebrated victory in the Rising Stars series although her mount came third in the final heat at Randwick.

Duggan went to Randwick on Monday with an unassailable lead in the apprentices series and had her first ride for Godolphin aboard Watchdog in the 1400m-final won by Stacey Metcalfe on the David Pfeiffer-trained The Party Girl.

Underlying Duggan’s success in the Rising Stars which began in September, is that the mature-age apprentice spent four years out of the saddle.

After breaking her leg, Duggan then had two children before deciding to make the commitment to ride again.

“It’s kudos to my husband Ben. He does all my bookings and I’ve ridden all over the state and met trainers I would not have if not for this series.

“To finish off with a ride for Godolphin is great and it’s great for the up and coming ones. It is a great achievement for Stacey.”

Metcalfe, who comes from the Riverina but recently joined the Allan Denham stable at Wyong, was thrilled to win her first race at Randwick.

“Its so good and the horse ran an awesome race,” she said.

“She got back and travelled really nicely.”

Robbie Dolan’s mount Song And A Prayer was unplaced but he earlier added another win as he races to the Sydney apprentices premiership.

Dolan’s victory on the Mark Newnham-trained two-year-old Celestial Falls took his tally to 39 for the season, putting him 15 ahead of Sam Weatherley.

Celestial Falls is a half sister to this season’s VRC Oaks runner-up Greysful Glamour, also trained by Newnham who said she too would be set on a path to staying races after her 1550m-win.

“I will give her a little break now and then give her a chance at the spring because she is one of those fillies similar to her half sister that will have no trouble running a trip,” Newnham said.

“She has got the right attitude and right constitution so I think we have some exciting times ahead with her.”