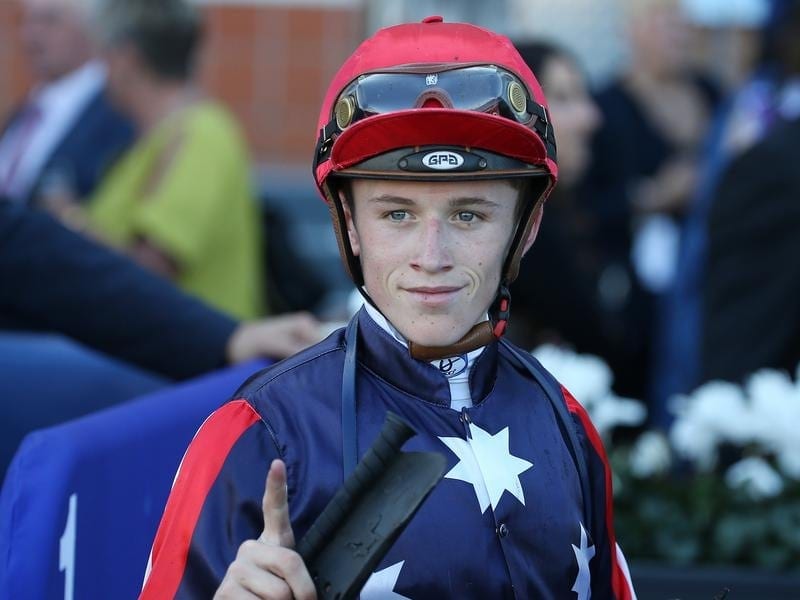 Ben Allen has made a successful return to riding after he was struck down by glandular fever.

Apprentice Ben Allen has made a successful return to the saddle after being laid low with a bout of glandular fever.

Allen rode a double at Pakenham on Tuesday, the first time he had ridden since relinquishing rides at Moonee Valley on August 25.

He won the opening race aboard Mrs O’Malley before winning on the Darren Weir-trained Soluminate.

Allen said he’d been feeling unwell in the weeks leading up to his enforced break.

“I thought I was working a bit too much so I didn’t worry too much about it but I ended up hurting my back at Moonee Valley the last time I rode and ended up in hospital,” Allen told broadcaster racing.com.

“They did blood tests and found I had glandular fever and the only way to cure that was to have rest.

“I had two weeks off and didn’t do much and last week everything came back to normal.”

Allen was first told that he’d be missing from the saddle for up to eight weeks but was glad to be back riding three-and-a-half weeks after being admitted to hospital.

“(Racing Victoria doctor) Gary Zimmerman didn’t want me back racing until my spleen and liver were back working 100 per cent,” he said.

Allen had his day soured with a $400 fine for a whip infringement after his first win.