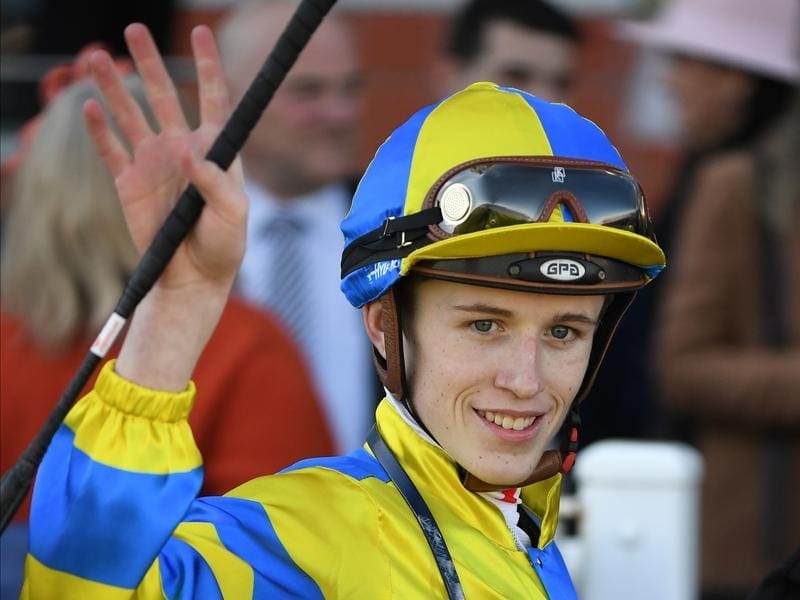 Jockey Ben Allen has three opportunites to win his first Group One race at Caulfield.

One of the rising stars of the Victorian riding ranks has his sights on a significant milestone on one of the Melbourne’s feature spring race days at Caulfield.

Teenage apprentice Ben Allen has rides in three of the four Group One races on Saturday’s program. He will be aboard Native Soldier in the Caulfield Guineas, Night’s Watch in the Caulfield Stakes and Anjana in the Thousand Guineas.

“It’s always been a goal of mine to try to ride a Group One winner while still being an apprentice,” 19-year-old Allen said.

“I’ve gone quite close. I’ve had a few placings but I’ve never been able to win one yet. So I’m hoping on Saturday I could be lucky and get my first Group One.”

All three he will ride in the Group One races are prepared by Victoria’s premier trainer Darren Weir.

Two of Allen’s three placings at the elite level have been on Weir-trained runners – Tosen Stardom who was second in the Futurity Stakes at Caulfield in February and Hellbent, third in the Oakleigh Plate on the same day.

He says it’s a jockey’s dream to get opportunities like he has on Saturday.

“I’m just lucky enough that Darren Weir has given me so much support in my career and I’m able to ride in these big races on quality horses too,” he said.

“When you’re riding good horses it makes it that much easier to ride a race.”

Native Soldier was a dominant winner of the Caulfield Guineas Prelude last start and was the second favourite for the $2 million Caulfield Guineas (1600m) at $6.50 on Thursday behind star Sydney colt The Autumn Sun, who is odds-on.

By the time the Caulfield Guineas is run late in the program Allen might already have snared a Group One, with Anjana at $23 for the Thousand Guineas for fillies while last-start Naturalism Stakes winner Night’s Watch is $9 in the Caulfield Stakes.