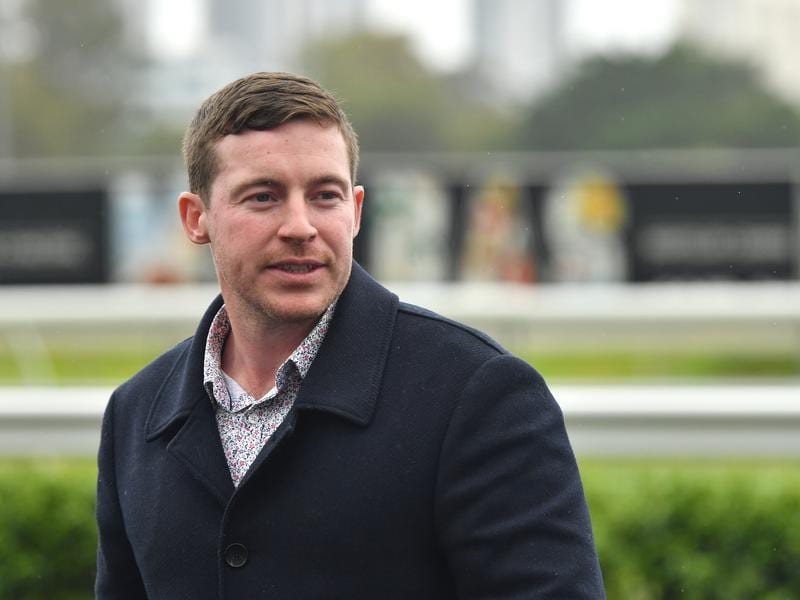 Trainer Ben Currie has been hit with another three years on the sidlelines for positive swabs.

Toowoomba trainer Ben Currie’s time on the sidelines continues to grow after another three-year disqualification, taking his total punishment to 7-1/2 years.

The combined sentence is the largest imposed on any trainer who has not been warned off for life in Queensland history.

Sentence was adjourned until Friday when Currie was disqualified for three years and fined $45,000 on the five charges.

Currie will serve his new sentence of three years disqualification cumulatively with his previous sentences which total 4-1/2 years.

He has previously been disqualified for two years for causing race day treatment and two-and-a-half years for two charges of improper action following an investigation into text messages relating to the intention to use an electronic apparatus capable of affecting the performance of two horses.

Currie has already indicated he will seek an internal review and if necessary appeals in the Queensland Civil and Administrative Tribunal.

Currie has not had a runner in Queensland since May 2 when Racing Queensland refused his nominations.

He still leads the state trainers’ premiership with 134 winners.