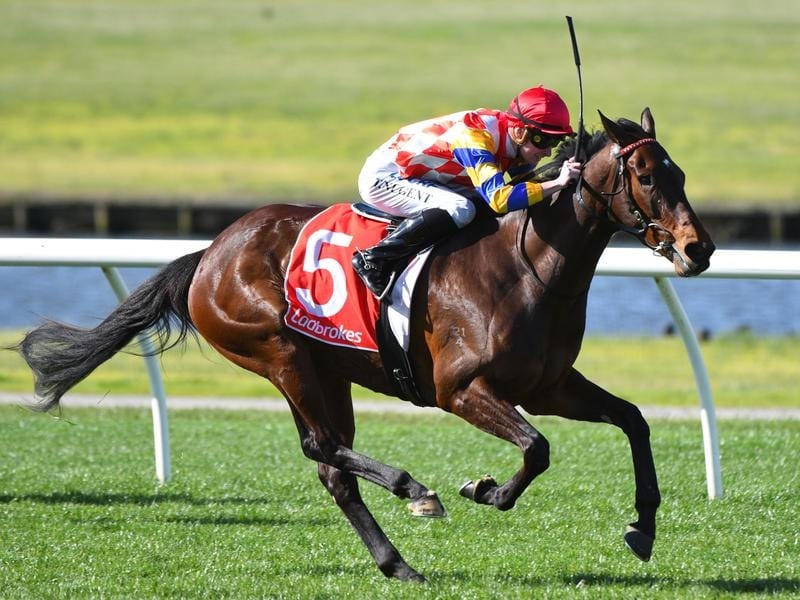 The Tony Noonan-trained Annarbor has posted her second win in four days with victory at Sandown.

In a practice usually reserved for Melbourne Cup week, Annarbor has successfully backed-up at Sandown after recording a win at another venue four days earlier.

The Tony Noonan-trained mare was successful at Cranbourne on Sunday before her victory in Wednesday’s Blue Star Print Handicap.

Noonan admitted it is not something he has done too many times throughout his 30-odd years of training.

“They do it at spring carnival time and this is her time of year,” Noonan said.

“There’s not many horses that can do it, but her win was effortless on Sunday, more like a training gallop for today.”

Noonan said Annarbor needed to pass all his indicators to run on Wednesday.

“We look at how well she eats, her eye. We did a blood on Monday, all the things you’d normally tick off.

“She pleased us and I’ve been doing it long enough that if there was any question about her, she wouldn’t have run.

“She’s now a city winner, which looks good on her CV.”

Noonan said Annarbor was a slow maturing mare adding the victory was reward for her patient owners.

“Twelve months ago she ran here and got lapped and it didn’t look too promising, but she’s now matured, is comfortable and a happy horse, doing the job,” Noonan said.

The Trent Busuttin and Natalie Young stable will look to set The Holy One for the Caulfield Guineas after his win in the Clanbrooke Racing Handicap.

The Holy One made it two in succession after breaking his maiden status at Echuca.

“We don’t want to get too far ahead of ourselves but there’s a nice 1500-metre race at The Valley on September 7 and then he can go to the Prelude and on to the Guineas, or we could give him a bit of a break,” Young said.