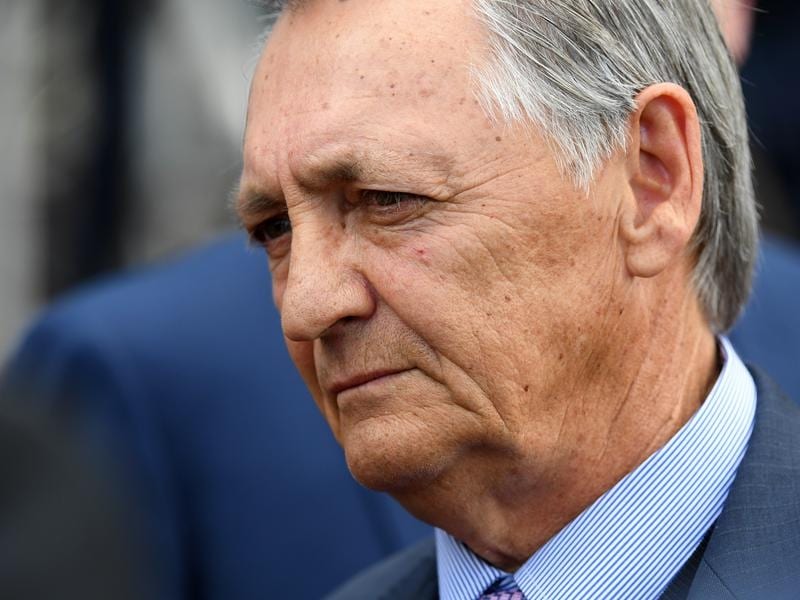 Two-year-old filly Angel Helena will be out to back up a maiden win at the provincials when she steps up in class and distance chasing a city win at Randwick.

Angel Helena is set to have her third start in Saturday’s Magna Grecia New To Coolmore Handicap (1500m) after finishing fourth on debut on heavy ground over 1250m at Canterbury last month before registering a win at Hawkesbury.

On that occasion Angel Helena came from back in the field to score by half a length in the 1400m maiden on soft ground and co-trainer Peter Snowden believes a slight rise in distance on a likely rain-affected track should not be a problem for the filly.

“She’s a nice filly,” Snowden who trains in partnership with his son Paul, said.

“She’s got good talent and I expect her to run well on Saturday.

Godolphin filly Silhouette, a last-start Warwick Farm winner, was the $2.60 favourite on Wednesday in the field of eight juveniles with Angel Helena $4.

The Snowden stable has acceptors in seven races on Saturday’s program including dual Listed winner Signore Fox in the Winter Dash (1200m) but the track condition is likely to have a bearing on whether Signore Fox runs.

Signore Fox is yet to fire this preparation but Snowden believes he is going better than his form suggests.

Randwick was rated heavy on Wednesday and Snowden wants that to improve for Signore Fox.

“He just doesn’t like wet ground but unfortunately there’s not much you can do about it at this time of the year,” Snowden said.

“Hopefully we don’t get any more rain and we get a drying track.

“If he does he’ll take his place and if he doesn’t he won’t be running.

He said if the track remained heavy Signore Fox would be “unlikely” to run.

Snowden believes four-year-old gelding Charretera is well-placed to make his presence felt second-up in the TAB Handicap (1200m) after a last-start Randwick placing.

“I know he doesn’t win often but from a good draw and on a wet track, you’d probably give him two ticks there,” Snowden said.