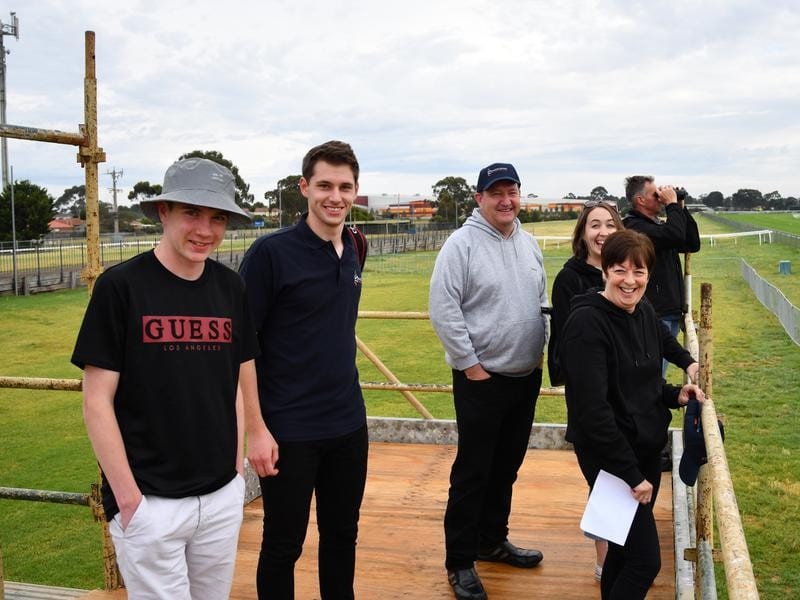 Englishman Duncan Smith grew up watching black-and-white film replays of Phar Lap’s 1930 Melbourne Cup win, never imagining he would one day have his own runner in the great race.

Smith has made his first trip to Australia to be trackside at Flemington on Tuesday cheering on Raymond Tusk.

“I’ve always had a bit of a fascination with the race so to be here not just for the race but to be here as a part-owner, it’s just incredible. It’s surreal,” Smith told AAP.

Aside from the Phar Lap replays, Smith recalls Vintage Crop’s breakthrough win for Irish trainer Dermot Weld in 1993, backed up by Media Puzzle in 2002, and then Makybe Diva’s three consecutive Cup victories.

Smith enjoyed some success with his first racing investments 20 years ago, but put his ownership dreams aside until he retired from his job as a local government officer.

The self-described “ordinary bloke” from Yorkshire now has shares in 10 horses with syndicators Middleham Park Racing.

It includes a small share – all that was available at the time – in Raymond Tusk, the first Cup runner for both British trainer Richard Hannon and Middleham.

“It’s always kind of been a dream of ours to have a runner down here but was it ever going to be a realistic dream we could achieve? Probably not,” Middleham’s racing manager Tom Palin said.

It was only after selling another horse, Ventura Storm, to Australia’s Lindsay Park that Middleham began to think they could find a Cup horse themselves.

“We kind of went ‘well if everybody wants him, why don’t we go down and do it ourselves’,” Palin said.

Businessman Kulbir Sohi owns 65 per cent of the stayer he named after a character on the TV series House of Cards.

Palin said some of the ownership syndicate were “the man down the street”.

“The trophy’s worth a quarter of a million isn’t it, so that’s more than the horse cost,” Palin said.

A group of 24 people, including 10 of the 14 owners in the Raymond Tusk syndicate, have made the trip to Melbourne to watch the Cup.