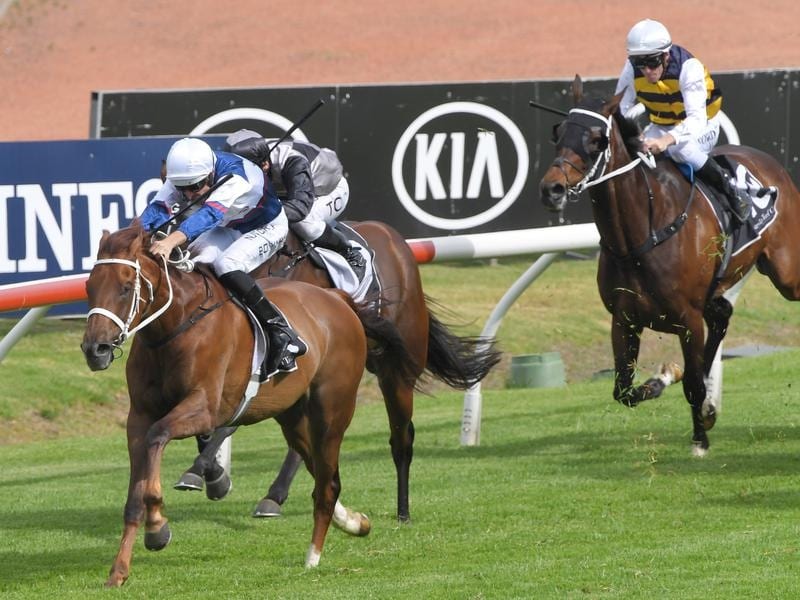 Alward will get back to his favourite 2000 metres when he runs in the Summer Cuip at Randwick.

Alward will revert to his favourite distance of 2000 metres in the Summer Cup after another defeat over longer.

The Chris Waller-trained import has yet to win in 11 attempts beyond 2000m but has seven wins at the distance of Thursday’s Listed feature at Randwick.

His most recent victory was in the Listed ATC Cup in which his stablemate Black On Gold ran second and Tamarack third.

The placegetters will be among Alward’s opponents on Thursday but it is the John Sargent-trained Luvaluva who is seen as the main danger.

Although he has not won beyond 2000m, Alward has run some creditable races including a second to Queensland Oaks winner Winning Ways at Eagle Farm in October and second to Master Of Arts in last year’s Group Three Manion Cup.

At his most recent start, Alward ran sixth in the Christmas Cup (2400m) after recording back-to-back 2000m victories.

Waller has the odds-on favourite, Blondeau, in the two-year-old event at the meeting, the Headwater @ Vinery (1100m).

Blondeau ran second on debut on December 11, finishing a long neck behind Aim.

The Peter and Paul Snowden-trained Aim won at Randwick on Saturday to cement $5 favouritism for the $2 million Magic Millions Classic at the Gold Coast on January 11.

Blondeau is at $6 ahead of his next start which he needs to win to ensure a berth.

The colt has also been entered for richer races at Eagle Farm and Randwick on Saturday.

The Gerald Ryan-trained Return With Honour is the second favourite on Thursday and is also nominated for Saturday’s 1000m-race at Randwick.

“I’ll wait and see what the Saturday race looks like before a final decision which day he runs,” Ryan said.

“Either way he won’t be going to the Magic Millions. That would be too much too soon.”