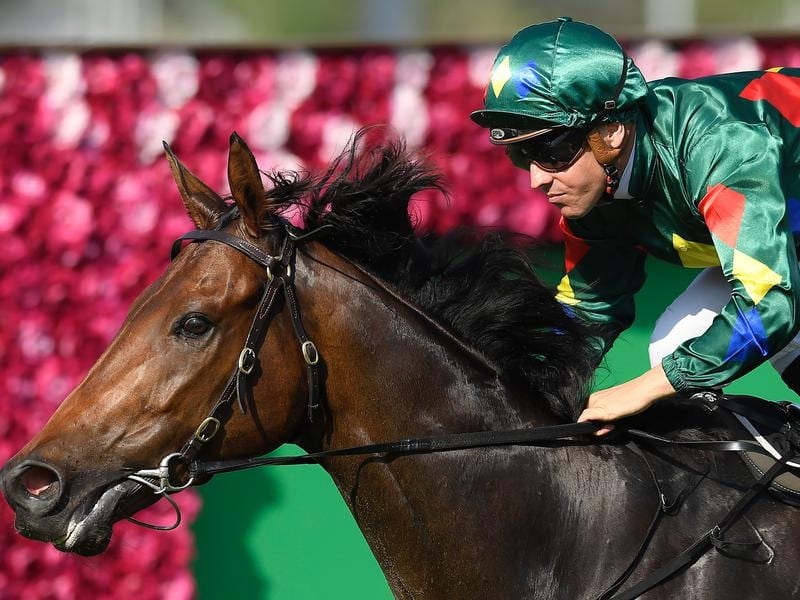 Alligator Blood has made a successful return to racing with an easy win in the Gold Edition Plate.

Group One performer Alligator Blood raced up to predictions he had returned from a break an even better horse with a runaway win in the Listed Gold Edition Plate at Eagle Farm.

Alligator Blood’s only defeat was at his previous start when he finished second in the Group One Caulfield Guineas at Caulfield on October 12.

The gelding is the winner of five races and in some previous events he has done things wrong.

Trainer David Vandyke has been saying in recent weeks he felt Alligator Blood had come back from a break a better horse and more mature horse.

“I think that showed he is a better horse now. He was happy to sit off the pace and happy to be relaxed. He really came into the race quickly from the 600m to the 400m,” Vandyke said.

“His pre-race behaviour has been the best it has been. So it was pleasing all around.”

“But of course his main mission is the Magic Millions Guineas and he may not need another run. I will make up my mind after I gallop him the Tuesday before the Vo Rogue,” Vandyke said.

“If I think he doesn’t need another run he can go straight to the Millions.”

Alligator Blood will then head to the Melbourne for the All Star Mile during the southern autumn.

Jockey Ryan Maloney said Alligator Blood had simply been too good for the opposition.

Eleven Eleven is likely to head on to the Magic Millions 3YO Guineas but trainer Kelly Schweida isn’t committed to The Odyssey’s next start.