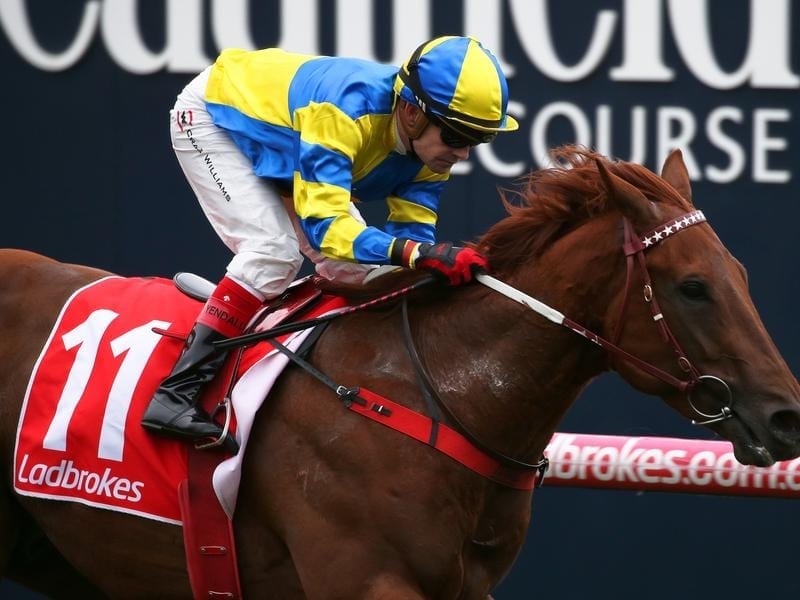 Native Soldier faces his biggest test when he takes on The Autumn Sun in the Caulfield Guineas.

Native Soldier has been a dominant winner the past two times he has been to Caulfield and apprentice Ben Allen is hoping a similar scenario can play out in the $2 million Group One Caulfield Guineas.

The Darren Weir-trained Native Soldier has a formidable opponent in star colt The Autumn Sun among his 13 rivals in Saturday’s Guineas but Allen is excited about the opportunity and is counting on his mount’s racing style proving effective in the 1600m feature for three-year-olds.

Native Soldier has two wins from four starts this spring including the Guineas Prelude (1400m).

Allen was aboard for Native Soldier’s two-length Prelude win and was impressed by the manner of the victory, saying the colt had to do some work in the first 500m from a wide gate before settling in front.

“He had a little breather but was still able to have an extraordinary finish in him the last bit,” Allen said.

Native Soldier appears likely to take up a prominent position again from an ideal draw in barrier four, given he has led in his two Caulfield wins in the McNeil stakes and the Prelude.

Allen believes 1600m should not be a problem if Native Soldier gets the right run.

“The quicker he can get in front the quicker he’ll switch off and he’ll be able to conserve all his energy for the last 600 metres,” Allen said.

“Hopefully he’ll quicken away around the corner and put a margin on them and hopefully The Autumn Sun can’t run him down.”

The Autumn Sun is the odds-on favourite to claim his third Group One win at just his sixth start while Native Soldier is rated his biggest danger at $6.50.

The Autumn Sun is on target to emulate his sire Redoute’s Choice who won the 1999 Guineas.

Trainer Chris Waller said The Autumn Sun, who stormed home to win the Golden Rose (1400m) last start and is already a Group One winner over 1600m as a juvenile in the J J Atkins in Brisbane, was all class and had continued to do everything right.

“I am very excited about his future and the mile should suit on Saturday,” Waller said.

“He got around Caulfield very well on Tuesday morning and barrier five compliments a lot of positives in his favour.”