Everyone who loves sport loves a great against all odds story, and while most leagues around the world have their David vs. Goliath tales, few compare to some of the monumental upsets that have occurred on an AFL field.

Here at Bettingsite.com.au we have compiled our list of five of the greatest underdog victories in the history of the AFL.

All of these matches saw some of the most unlikely outcomes, none of which anyone predicted and still to this day remain a mystery as to how they panned out that way. 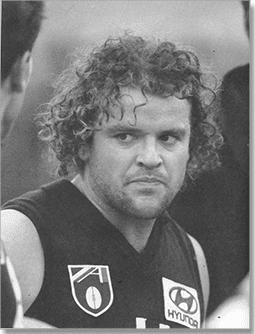 Anyone who knows AFL remembers this game.

The Bombers were the dominant favourites to take out the flag, even without captain James Hird in the side, who sustained a season ending injury earlier in the year. All they had to do was defeat an old foe in the form of the Carlton Blues who had an aging list and were lucky make it through to the prelim to begin with.

The Bombers seemed to have the Blues’ measure for the majority of the afternoon, but the match-changing — and somewhat career defining — move of Anthony Koutoufides into the centre of the ground for the fourth quarter swung the match completely in Carlton’s favour, who dramatically won the match by one-point.

The defining moment: With just seconds left in the game and Carlton leading by one point, Essendon’s Dean Wallis chose to run through his opponent Fraser Brown rather than pass off the ball, a mistake that proved match defining as Brown tackled his much larger opponent to the ground, causing the ball to spill out to a Carlton teammate who was then able to run out the clock.

The GWS Giants were still in their infancy in 2014 when they came up against the rampaging Sydney Swans in round one, with the bragging rights of an entire city on the line.

Just months ago the Swans had pipped the Giants at the post in securing the signature of the hottest free agent in the game, Lance Franklin, and looked the early flag favourite, while the Giants were destined to spend their season towards the bottom of the ladder.

In the thunder, rain and lightening the Giants rallied from a 24-point deficit to record their first victory over their cross-town rivals, and in the process cause one of the biggest upsets in modern AFL history.

The defining moment: No one truly believed the Swans were beaten right up until the dying moments of the game, but when Jonathan Patton kicked the sealer from the goal line and celebrated in maniacal fashion, we truly saw the blossoming of a franchise before our eyes.

In 2000 Essendon were seeking redemption for their inexplicable blunder against the Blues in the preliminary final, and were one of the most dominant teams of the modern era, winning 20 games in a row, with an average winning margin of 10 goals. The prospect of beating the Western Bulldogs to make it 21 seemed like a mere formality.

Or so you would have thought.

The Dogs implemented a ‘super-flood’ of players into Essendon’s backline, with at times 14 players in the back 50. Western Bulldogs coach Terry Wallace had devised a plan to rattle the normally free-flowing and high scoring Bombers and it certainly paid dividends.

The Bombers were held to just 81 points that night (their lowest that season) and the Dogs were the only team that season to defeat Essendon, who went on to win the premiership, winning 24 of 25 games.

The defining moment: With the match in the balance late in the game, champion Bulldogs centre half forward Chris Grant marked on an acute angle. In a goal that will go down as one of the home and away greats, Grant coolly snapped from the boundary, giving the Dogs the lead and ultimately the game.

In 2012 Geelong finished sixth and Fremantle finished seventh, yet this game loomed as a genuine mismatch as the Cats were still fancied as one of the genuine premiership threats after a sustained period at the top and there was a perception that not only did Fremantle scrap into the finals, but they did not possess the capacity to play well away from home.

This notion was dispelled early in the contest, with the Dockers running riot, opening up a 44-point margin midway through the second quarter on the back of a six goal haul from superstar forward Matthew Pavlich.

The Cats battled back late in the game and threatened to overrun the Dockers, but the Western Australians were not to be denied, stunning the AFL world and seemingly ending Geelong’s glittering period at the top of the AFL tree.

The defining moment: Fremantle captain Matthew Pavlich had five goals for the game, but after sustaining a nasty ankle injury. Miraculously the ‘Pav’ retuned to the field with just minutes remaining in the match, effortlessly side stepping a Geelong opponent to slot his sixth goal and seal victory for his side.

One of the most memorial Grand Final results in recent memory, the Geelong Cats were looking to emulate the feats of the Essendon Bombers of 2000, looking to go through the season with only one loss to their name, while their opponents Hawthorn were a young team on the rise lead by Coleman medallist and superstar in the making Lance ‘Buddy’ Franklin.

The game is often remembered as the catalyst for the deliberate rushed behind rule, as it was a tactic Hawthorn implemented all day to give their side control of the ball when they were under pressure in the back 50.

The Cats seemed to control the game up until half time, but a miss on the siren from point blank range from Cameron Mooney, and a miss from a similarly simple position early in the third quarter sucked the life out of Geelong, who then fell behind after the Hawks gained belief and momentum.

The Hawks took the lead midway through the third quarter and never looked back, causing one of the greatest grand final upsets in AFL history.

The defining moment: There were big question marks over Alastair Clarkson’s recruitment of former Port Adelaide super-boot Stewart Dew throughout the season, but they were all forgotten when Dew went berserk in a third quarter onslaught that saw him either kick, or playn a direct role in three Hawthorn goals. His snap for goal and subsequent fist pump celebration to extend Hawthorn’s lead late in the third remains one of the iconic images of the 2008 Grand Final.