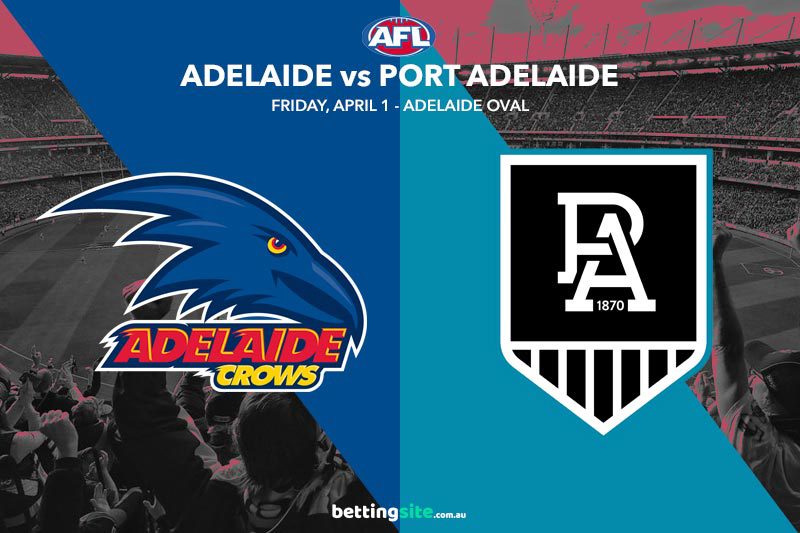 The Adelaide Crows and Port Adelaide Power will face off on a Friday night for the first time in AFL history this week, which should attract a huge crowd to Adelaide Oval.

Despite finishing second on the ladder in 2021, the Power lost their opening two matches this season and currently sit on the bottom of the standings.
The Adelaide Crows have not had much luck this season after also starting 0-2, as they were beaten by a single point in round one and were outclassed by the Magpies at the MCG last week.

Neither team is playing good football at the moment, but their highly anticipated showdowns normally bring out the best of both teams regardless of injuries or form.

Even though the two sides finished on opposite ends of the ladder last season, their round 21 showdown resulted in a very close contest in favour of the Power, who came from behind in the fourth quarter to steal a four-point victory.

Both AFL teams have strong midfield groups, especially the Power after the sudden growth of Karl Amon and Willem Drew. Amon is a classy outside wingman who is extremely damaging with his left boot, while Drew wins plenty of contested possessions and feeds the ball out to the likes of Amon.

We think both players offer excellent value in the disposal betting markets, but Amon is far more enticing as an accumulator.

Key matchup: Ben Keays vs Travis Boak
Not every midfielder can run all day and rack up a heap of disposals, but Ben Keays and Travis Boak are clear exceptions. Both players lead their respective sides in the disposal tally in round two, as Boak collected 39 touches against the Hawks and Keays managed 37 disposals at the MCG.

Winning the midfield clash is going to be critical in deciding a victor this Friday night, and we think it starts with Keays and Boak. The experienced campaigner should have the upper hand this week, so keep an eye on Travis Boak to keep his solid form going for another round.

There will be a lot of pressure on Ken Hinkley and the Power to respond this week after their abysmal performance against the Hawks, but it is also a huge opportunity for the Crows to steal a victory while the Power are out of form. We think the handicap is far too generous in favour of the Crows, as their strong midfield will be further boosted by the return of Rory Laird.

Travis Boak has started the season with two very strong performances against quality opposition, as he racked up 32 touches against the Lions and 39 disposals in a big loss to the Hawks. The former Port Adelaide captain has not eclipsed the 30-mark against the Crows in some time, but we think his current form is too good to pass by. Expect Karl Amon to dominate in this historic night as well.