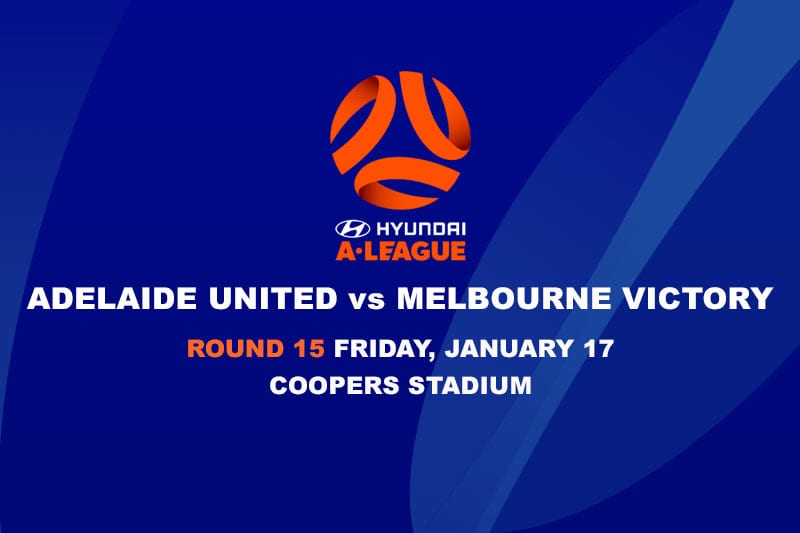 Adelaide United have been there or thereabouts for much of the season, but consecutive losses to the Central Coast Mariners, Western Sydney Wanderers, Sydney FC and Perth Glory have sent them spiralling into the bottom half of the table.

The seventh-placed Reds sit level on points with the sixth-placed Melbourne Victory, who pulled the pin on Marco Kurz’s tenure this week after a 3-2 defeat to the Mariners. Assistant coach Filip Tapalovic was also shown the door, leaving Carlos Salvachua to take the reins.

Victory fans will hope New Manager Syndrome strikes again as the four-time A-League champions look to salvage something from their equal-worst start to a season. They will also want revenge for the 3-1 defeat in Adelaide back in November.

The former Melbourne City and Newcastle Jets star bagged a brace when these two sides last met at Coopers Stadium. McGree has seven goals in nine games this season, so the form is there.

While the Victory have often found goals hard to come by this season, that trend does not extend to their Swedish striker. Toivonen has scored seven of MV’s 17 goals – that’s a tick over 41 per cent.

Always be cautious whenever there is a new manager involved. The form is poor on both sides of the ledger, so it could be a case of which team sucks the least. United will see this as an opportunity to snap their streak and the Victory players will want to impress their new boss, so we can expect an interesting contest with plenty of action at either end.