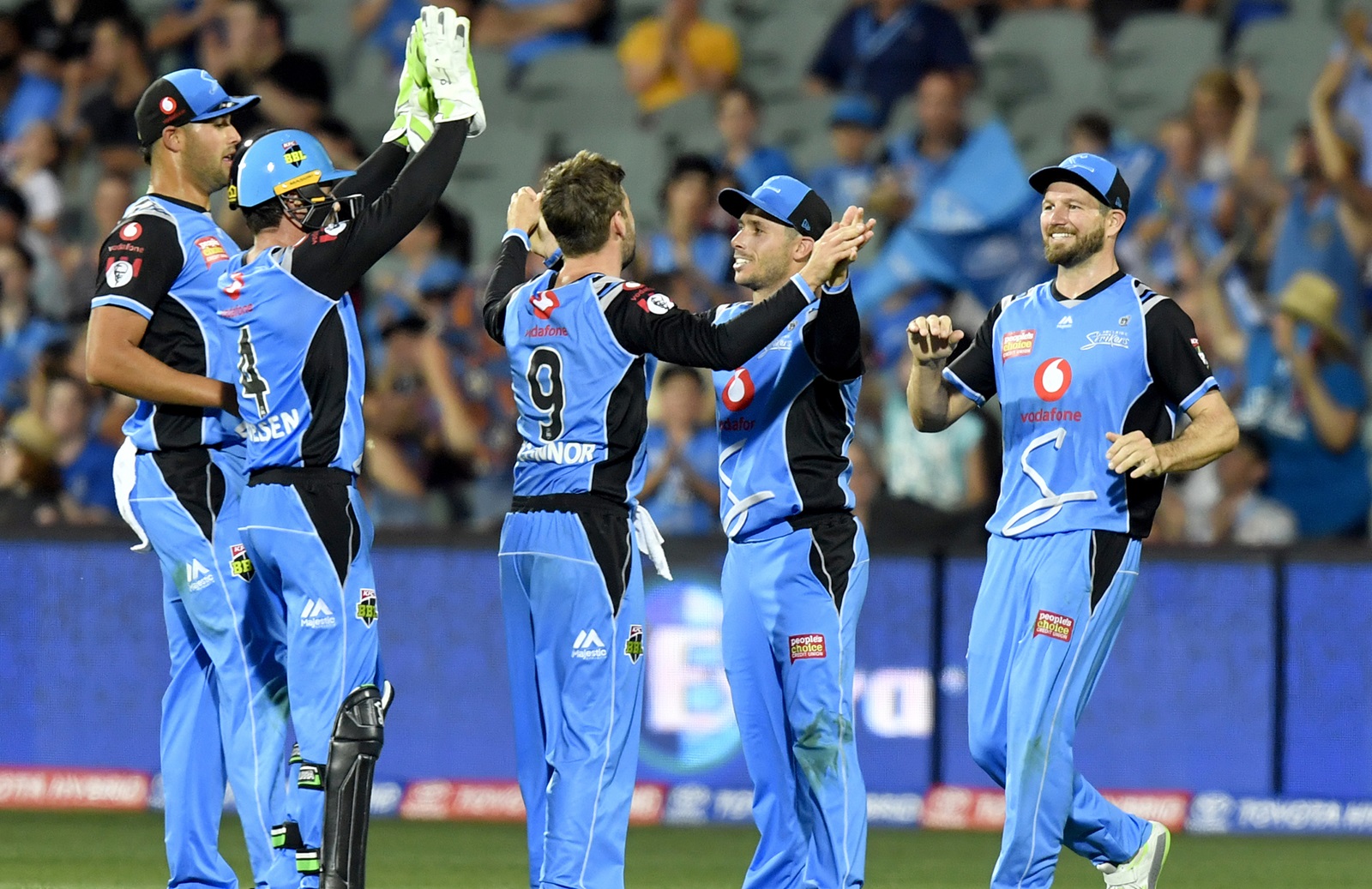 Two of the top three teams in the BBL will battle at Adelaide Oval when the Adelaide Strikers host the Sydney Thunder.
The Strikers have won three of their four matches, including wins over the Scorchers, Stars and Renegades. Their fourth match was called off due to bushfire smoke in Sydney.

This will be the second time that the Sydney Thunder and Adelaide Strikers face off, and this time the match should last until the end, as opposed to their last clash in Sydney. Spin bowling will be the most attractive form of bowling in this game as the best spinners are on these rosters. Rashid Khan and Chris Green will battle to see which spinner can take the most wickets.

Here are the BettingSite.com.au betting tips for the second match between the Adelaide Strikers and the Sydney Thunder with odds from the best sports betting sites.

Alex Carey has always been a very good striker of the ball, but in more recent times he has shown more patience and class at the crease. Carey was unlucky to go out at 41 against the Renegades as he was caught metres away from the rope taking on the long boundary. Carey will be very good against the Thunder due to his experience and leadership.

The captain of the Sydney Thunder has been a brilliant captain so far this season, scoring the fourth most runs in the BBL at this point in time. Ferguson is a smart batsman that consistently finds the boundary with ease, which is what makes him the best batsman for the Sydney Thunder. Usman Khawaja and Alex Hales’ roles are to quickly make runs and get off to a hot start, whilst Ferguson comes in at three and strengthens the innings.

Billy Stanlake needs to lift for the Adelaide Strikers and take some wickets against the Sydney Thunder. Stanlake has been far from effective in his last three matches, with no wickets, but the tall quick has previously been a juggernaut in the attack. Stanlake will use this match as a platform to get his seasons underway.

The Sydney Thunder use Chris Morris as a death bowler that can also be effective earlier in the match. As an international recruit, Morris needs to deliver, which is what he has done all season. Morris took two big wickets against their crosstown-rivals, the Sydney Sixers, leading the way for the Thunder. The fast-medium South African will be one to watch against the Strikers at Adelaide Oval.

Beating the Melbourne Renegades doesn’t appear to be a big accomplishment this season, but the Strikers did well to overcome them in their latest match.

The Sydney Thunder have a well-rounded team, but they can be inconsistent with the bat when facing good bowlers.

Adelaide have the best bowlers in the league, including Rashid Khan and Peter Siddle.