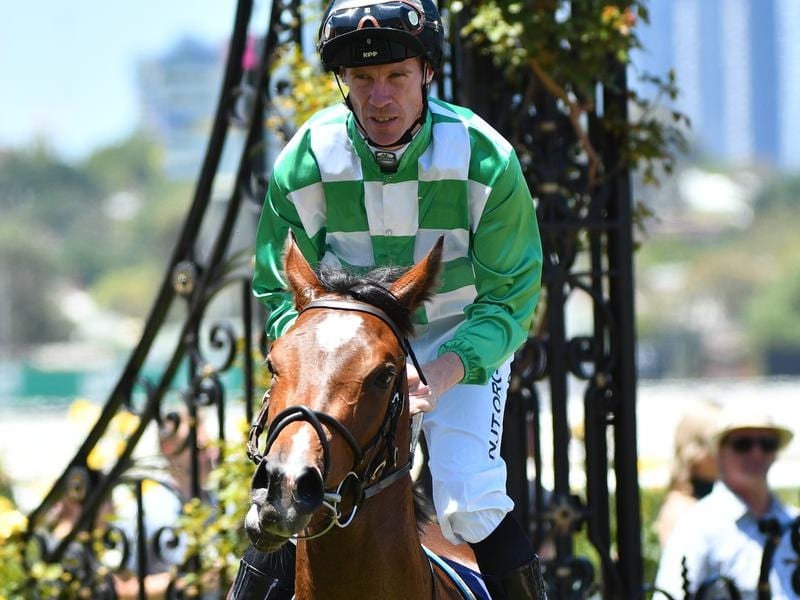 A Beautiful Night has emerged as a Blue Diamond Stakes contender after winning at Flemington.

A Beautiful Night is likely to progress to the Blue Diamond Preview for fillies after scoring a narrow win in her second start at Flemington.

Trained by Ciaron Maher and David Eustace, A Beautiful Night finished second to the Anthony Freedman-trained Award Winner on debut at Bendigo last month before finishing well to edge out another Freedman-trained filly in Wednesday’s New Year Sprint (1000m).

A Beautiful Night ($10) defeated debutante Bombay Rocket ($5) by a nose with another length to Stormborn ($7.50) in third.

Eustace believes A Beautiful Night is a nice filly in the making and deserves her chance to head to Group Three Blue Diamond Preview (1000m) for two-year-old fillies at Caulfield on January 25.

“She’s a tough filly and she came through her first run really well,” Eustace said.

“We were in two minds whether to give her a little freshen after her first start and look towards the Preview but we pushed on to this race and it’s paid off.”

With more than three weeks until the Preview, Eustace said A Beautiful Night could now have an easy week before attention turned to preparing for that race.

“It was a good effort today and she feels like a filly that will get better when she gets over a bit further,” he said.

“She was strong through the line and was finding plenty for me.”

Stewards reported she pulled up with shin soreness.

The Preview is also a definite option for Bombay Rocket, with assistant trainer Sam Freedman saying the filly was a professional.

“She fights hard so she’s going to be a handy two-year-old because she will just do everything right,” he said.