Nothing gets punters into an argument quicker in the pre-season than bickering about who they have in their top four and who will miss the eight all together.

Most fans feel it’s an injury to a key player which determines where their team finishes, while others look more broadly and at times overthinking can bring you unstuck.

Sometimes it comes down to a gut feel and it can also come down to simply not liking a coach or a team’s offseason recruitment.

Let’s look at some of the best bets heading into the 2021 season.

To Miss The Top 8 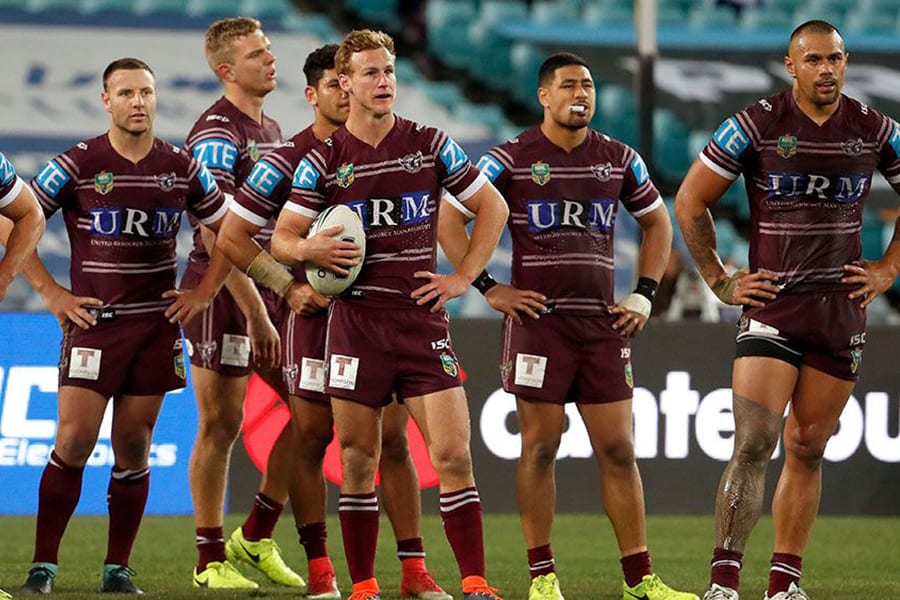 They’re the most reliant team on one player in the competition and Tom Trbojevic will already miss their first four games of the season.

They face the Roosters, Rabbitohs and Panthers inside the opening month and even if they had their star fullback they still might lose all those games.

The Sea Eagles could be 0-4 before ‘Tommy Turbo’ has even played a game and even when he does get fit he could be missing again for State Of Origin in the middle of the season. They’ll also lose Daly Cherry-Evans during that period, and will play the foreseeable future without Manase Fainu at hooker, meaning for a long stretch of the season they could be without their first-string playmaking spine.

They also downgraded in the forwards by losing Addin Fonua-Blake and Joel Thompson, so their depth in the middle is going to be tested immediately. 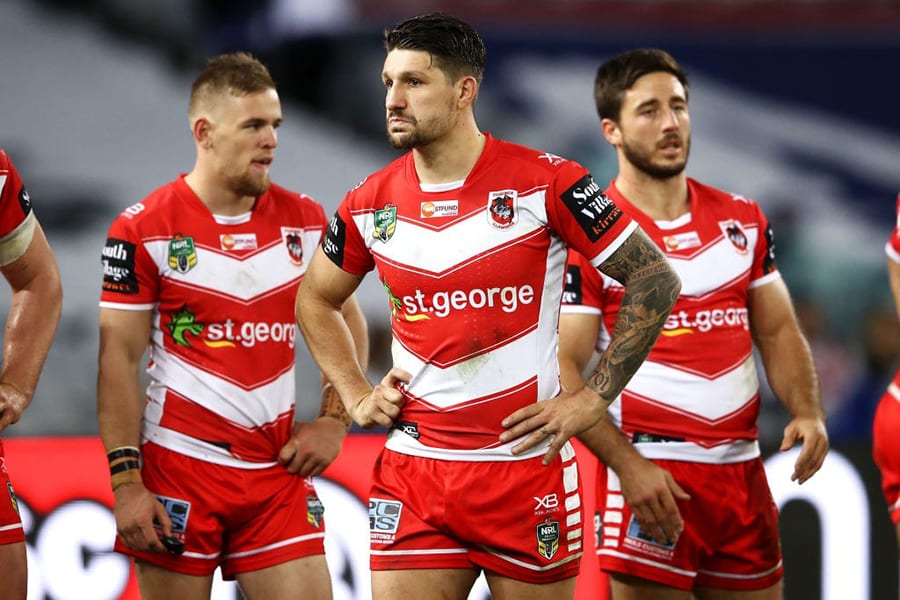 Teams coached by Anthony Griffin have traditionally been competitive without being spectacular, but it might be time to consider the Dragons as the best bet for the spoon.

They’ve not been competitive for two years now and the only bloke who had a red-hot go each week in Cameron McInnes is out for the season before moving to Cronulla.

Something within the playing group is seriously wrong and the lack of resolve has been evident for even the most casual fans.

In 2019 the story goes they went to Mudgee to play the Knights, hopeful Jack de Belin would have his suspension overturned to allow him to play.

When the NRL didn’t allow the star forward to return, it’s believed they gave up on their season at that exact moment. It wasn’t round 24 when that happened, it was round 10. For Anthony Griffin to get a limited squad talent wise to outplay its potential and make a push for the top eight, it seems a tall order, but they do get a decent draw to start with games against the Cowboys, Sharks and Sea Eagles. If they don’t get at least one win from those games, their odds will plummet.

The Warriors at $14 are also a good smokey in this market. They were a fantastic story last season under Todd Payten, but Nathan Brown proved to be a specialist wooden spoon coach in Newcastle and somehow got this job.

St George Illawarra Dragons To Get The Wooden Spoon 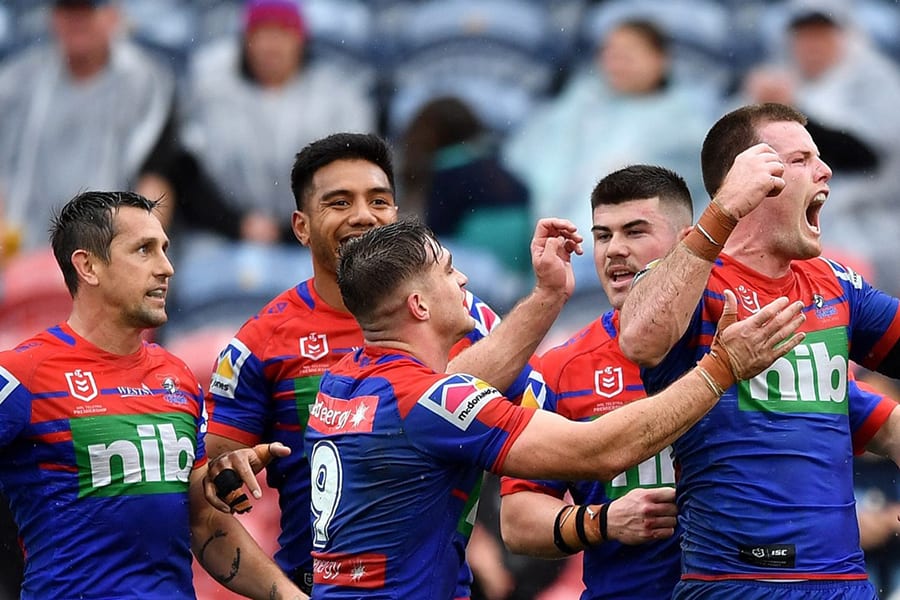 It isn’t a market which produces a chance to win huge money, but of the teams above $2 in the market they mount the best case for punters to double their money.

For large portions of 2020 they were a top six side despite an enormous injury toll, so one has to think with the inclusion of Tyson Frizell and some luck from the injury gods they should make the eight.

The Cowboys at $2.75 is also enticing with coach Todd Payten taking over a roster that still has plenty of high-end talent but needed a new approach.

They’ll get instant improvement from the ‘new coach bounce’ and have four very winnable games in their opening six games.

Some fantastic value is the Sharks at $3.25, who finished 8th last season purely because they just did what any top eight side should do, and that is beat bad teams. It doesn’t matter that they couldn’t beat a top eight side all season, they still did enough to make the post-season and have plenty of good young talent to make a push again.

Newcastle Knights To Make The Top 8 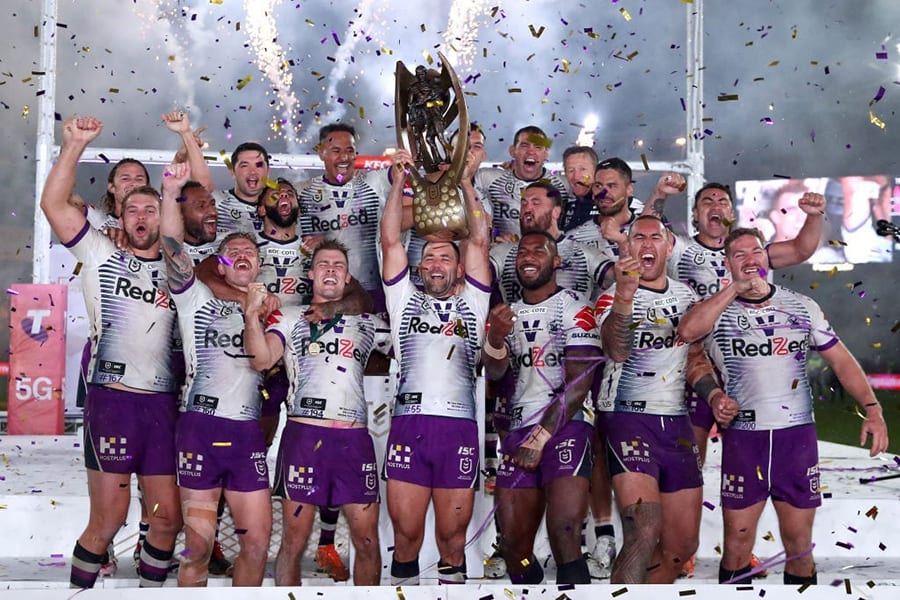 The easy logic here is to back the team who only lost one game all season.

Penrith ran away with it in 2020 but naturally there will be some regression as teams start to figure them out. $4.50 isn’t a bad number to get the Panthers at, but the Storm at $6.50 is the value bet.

Harry Grant returning to Melbourne will make the Storm even faster through the middle of the field, and if you could get a market on Dally M betting, he would be one of the favourites to win the award. It’s almost as if the faces in the jerseys changing doesn’t matter in the Victorian capital, the staggering consistency never changes and Craig Bellamy will find a way to win in the ‘Post-Smith’ era. 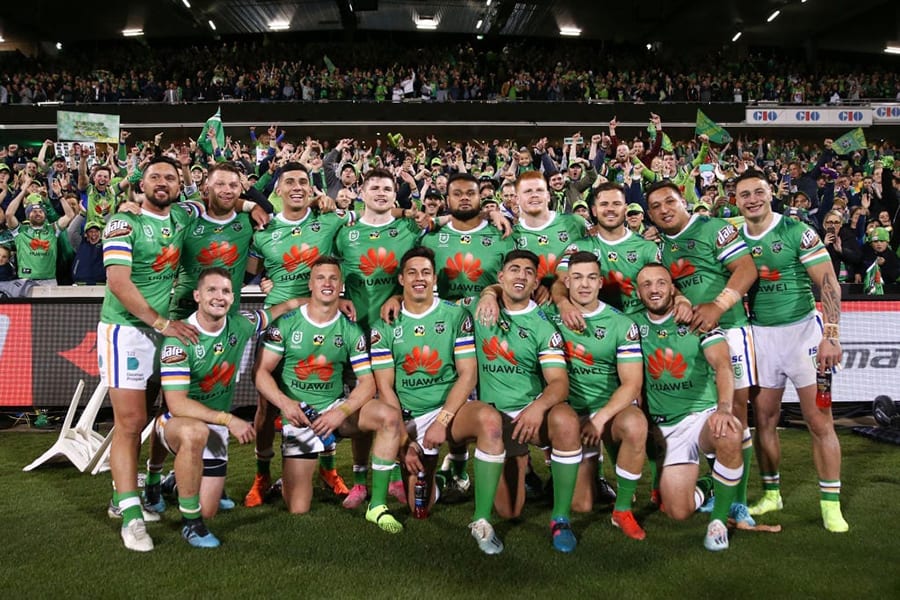 The Canberra Raiders at $10 are the dark horse. They have the deepest squad in the NRL and deep down they probably realise this might be their final chance to win with this core group of players. They won’t have to spend several weeks travelling to Sydney for home games, which will leave them fresher for the bigger end of season games, and one feels they’ll put everything on the line for one last charge at the title.

Penrith at $5 feels a little short due to the natural regression they’ll have following their magical regular season last year, so it may be best to hold off a while before placing some cash on the Panthers.