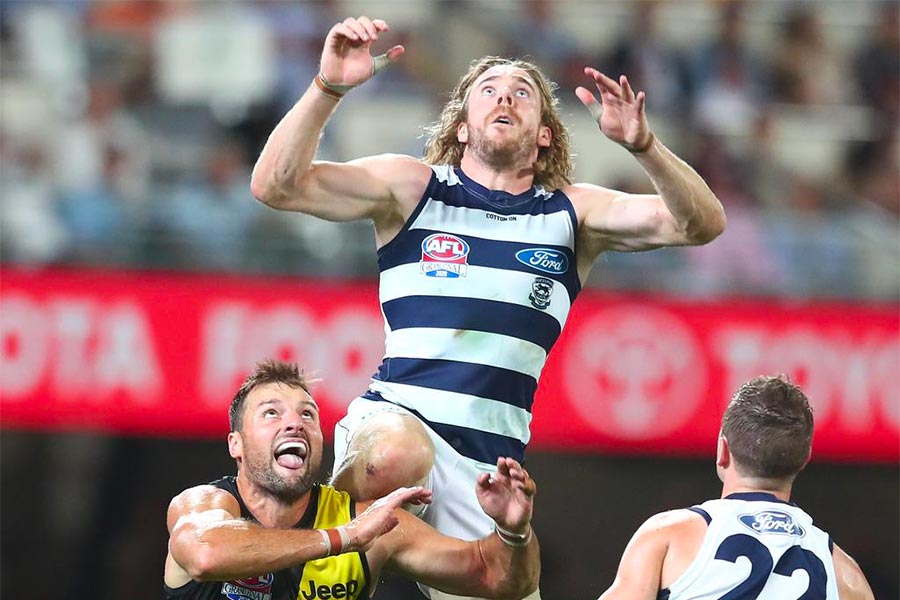 The 2021 Brownlow Medal will be one of the biggest AFL betting events of the year. Here is a team-by-team guide featuring the best bets for each club, with betting odds provided by Sportsbet.com.au.

Taylor Walker started the 2021 AFL Premiership season like a house on fire, kicking a massive 17 goals in the first three rounds. The former Crows captain will poll plenty of early votes and give himself a big head start, which will be enough for him to outscore the likes of Ben Keays.

Jarryd Lyons will lead the way for the Brisbane Lions this season, as 2020 Brownlow Medal winner Lachie Neale missed a large chunk of the year after undergoing ankle surgery. Lyons averaged a team-high 28.1 disposals and 6.4 tackles per game this season.

Carlton’s team count will be one to keep an eye on, as very few players are expected to poll well besides Sam Walsh. We think Harry McKay is the best remaining option to lead the way for the Blues, as the 2021 Coleman Medal winner kicked four or more goals in seven matches this year.

Once Jordan De Goey moved into the midfield about halfway through the season, his form was irresistible. JDG will rack up plenty of votes in the backend of the year, while his excellent performances against Carlton and North Melbourne should be rewarded early in the count.

We think Darcy Parish and Zach Merrett will both end the night with around 21 votes, but Merrett’s consistency could see him pip his teammate. Parish will finish with more three-vote performances, but Merrett should poll in more matches. Either player is worth a look, but we like the value about Merrett.

There is no competition in Fremantle’s count this year. Despite turning 36 in July, David Mundy was ultra-consistent this season and stood out in big moments. Andrew Brayshaw will finish second behind Mundy after a solid season stepping into a full-time midfield role.

Similar to Fremantle’s David Mundy, Cameron Guthrie is a red-hot favourite to top the count for Geelong. Guthrie is a no-brainer this season since Patrick Dangerfield missed a majority of the year through injury and suspension. We still think Danger will finish second in the team count after flying home late in the season.

One of the most underrated midfielders in the competition is Gold Coast’s Hugh Greenwood, who we think will spring an upset here. Although Greenwood missed the final seven games of the season, his early form was enough for us to tip him. We think the tackling machine will be rewarded for his early efforts and finish clear of Noah Anderson.

We are tipping Josh Kelly to lead the count for the Giants on the back of an excellent campaign in an injury-riddled side. Kelly only missed one match this season – his best effort since 2017 – and was a very consistent performer, averaging 26 disposals per game and kicking 16 goals.

Jaeger O’Meara enjoyed his football in 2021 despite Hawthorn’s lack of success, as the star midfielder played a critical role alongside the 2018 Brownlow Medallist, Tom Mitchell. O’Meara collected 30 or more disposals in six matches this year, which should see him poll enough votes to finish runner-up behind Mitchell.

Many pundits expect Clayton Oliver to win the 2021 Brownlow Medal, which would obviously see him lead Melbourne’s count. Christian Petracca will be Oliver’s major internal competition in this year’s tally, but we think Oliver easily knocks off his partner-in-crime.

Although his season was cut short due to testicular cancer, Ben Cunnington did enough to lead North Melbourne’s tally. He was a clearance machine for the Kangaroos this season, while his tough tackling was often rewarded. Jy Simpkin will come close, but Cunnington should cap off his 2021 season by leading the Roos’ vote count.

Ollie Wines is the $3 favourite to take home ‘Charlie’, while Travis Boak ($81) is a smokey who had plenty of support in Brownlow Medal betting markets early in the season. Besides these two star midfielders, there are not many players tipped to poll well for the Power. Karl Amon enjoyed a breakout season highlighted by his elite kicking and ability to hit the scoreboard, making him an obvious choice to lead the Power’s count without Wines and Boak.

Dustin Martin stood out for the Tigers this season despite the reigning premiers’ steep fall from grace. Martin was an early favourite to win his second Brownlow Medal, but he only played 16 matches this season. The 2017 Brownlow Medallist was excellent when he was fit this year, which should see him easily lead the way for the Tigers.

We think Jack Steele ($7) will win the 2021 Brownlow Medal, but who will finish behind him in St Kilda’s count? While Luke Dunstan is no guarantee to keep his place on the Saints’ list, he did put together a great run of form late in the season. We think Dunstan’s purple patch in the back half of the year will be enough for him to poll some votes, as he surpassed 25 disposals in nine of his last 11 matches.

We see a potential tie in Sydney’s count between Callum Mills and Luke Parker, who both put together excellent seasons in the red and white. Mills was arguably better than Parker this year, but the Swans captain played all 22 matches and will be hard to beat. You could go with either player, but the better value about Mills is enough to swing our pick.

Most AFL betting sites have Dom Sheed, Andrew Gaff and Tim Kelly leading the way for the Eagles, but we think Nic Naitanui will trump his midfield brigade. Nic Nat was the only Eagle awarded with All-Australian honours this season, and we think his massive impact will have been noticed by the umpires this season.

We have saved our biggest smokey until last, as Caleb Daniel is our tip to poll the most votes for the Western Bulldogs behind Marcus Bontempelli and Jack Macrae. The little man will stand out amongst his peers with his trademark helmet, but we also think this was the best and most consistent season of his career to date.