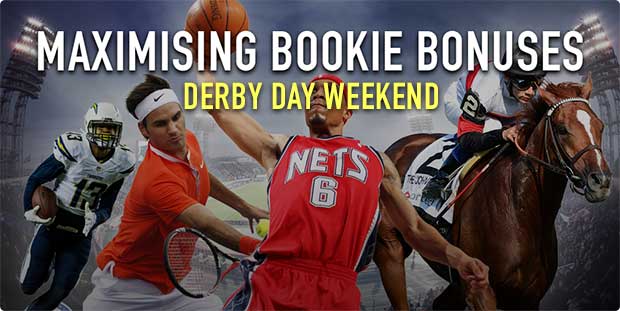 SACRED Elixir will head into the penultimate Saturday of the Melbourne spring carnival as the roaring favourite to take out the 2500m Victoria Derby.

The New Zealand galloper has shortened to $3.40 in the fixed betting at Sportsbet after an unflustered win in the Group Two Vase at Moonee Valley last weekend.

Even that result wasn’t enough for Damien Lane to secure his saddle, however, with Hong Kong-based jockey Zac Purton set to take over for the Derby.

Trainer Tony Pike told the press this week that Sacred Elixir had pulled up well after his easy run at the Valley and was primed to collect his third win of the carnival.

“He had to clear a tricky spot on the turn but it was a pretty comfortable win in the end,” Pike said.

“When I checked him over on Sunday morning he was very bright, so it’s all go for next Saturday.

“It’s just good to see him back in winning form.”

Sacred Elixir’s chief rivals for the 2500m classic are So Si Bon ($8), to be ridden by Cox Plate winner Hugh Bowman, and fellow Kiwi horse Inference ($9).

But there will also be stiff competition from Prized Icon, who shares the fourth line of Victoria Derby betting with Swear at $11.

The three-year-old colt will not be joined by his stablemate Good Standing after trainer James Cummings decided to save the Caulfield Classic winner for the Emirates Stakes.

Also out of the Derby is Damien Oliver, whose appeal against a 20-match ban for reckless riding was dismissed this week by the Victorian Civil and Administrative Tribunal (VCAT).

The three-time Melbourne Cup winner’s ride on NZ colt Highlad will instead go to Craig Williams.

Punters and bookies alike love VRC Derby Day, which is widely considered one of the allround best fixtures on the spring racing calendar.

Besides the $1.5 million Victoria Derby itself, there is also the Group One Coolmore Stud Stakes and the 2000m Lexus Stakes – the last chance saloon for would-be Melbourne Cup runners to crack the top 24.

– Put a cash fixed win bet on any of the first four Derby Day races and get up to $50 back in bonus bets if your horse runs second or third.

– Back a runner at fixed win odds in any of the first five races on Derby Day and recoup up to $50 in bonus bets if your horse runs second or third.

– Use the exclusive Double Down feature during the Victoria Derby (race seven) and get your entire stake back up to $50 bonus cash if your horse loses.

– Score a bonus bet refund up to $50 if your fixed win selection runs second or third in any of the first four races at Flemington this Saturday.

– Between 10am and 12pm on Saturday, get boosted odds when you bet up to $50 cash on the favourites for the Coolmore Stakes (race five) and the Derby.

– For selected races at Flemington this weekend, Palmerbet will refund your stake with up to $50 in bonus bets if your fixed win pick runs second.

– Back a horse to win at fixed odds in any of the first five races on Derby Day and collect a refund up to $51 in bonus bets if it runs second or third.

– Win at fixed or tote odds of $5 or higher in any race on Derby Day and score a refund up to $100 if your pick in the next event doesn’t salute.

The first round of the 2016 NBA regular season headlines an action-packed weekend of sport worldwide.

NFL football continues as we roll into week eight, while soccer fans have plenty of A-League and European football action to indulge in.

These are our top picks.

– Cash back in bonus bets up to $50 at Sportsbet.com.au if your first basket bet instead scores the second or third in any game televised on ESPN in week one.

– Money back up to $100 bonus cash at Palmerbet.com if your NBA head-to-head bet loses after leading at three-quarter-time.

– If your NBA multi bet of five legs or more misses by one, Luxbet.com will refund your stake with up to $51 in bonus bets.

– If your margin bet (Big Win Little Win) on the Dallas Cowboys vs. Philadelphia Eagles game salutes, Sportsbet will double your winnings with up to $50 in bonus bets.

– Back a head-to-head winner in NFL week eight at William Hill and pocket up to $50 extra in bonus bets if your team scores four or more touchdowns.

– Cash back up to $50 in bonus wagers at Palmerbet if your A-League first goalscorer pick bags any strike but the first in Friday’s Melbourne City vs. Adelaide United clash.

– Bonus cash refund up to $50 at Palmerbet.com if your Premier League head-to-head bet loses after scoring the first goal of the match.

– Pick a winning soccer multi of three or more legs (selected markets) and score tiered cash bonus up to 100 per cent at Bet365.