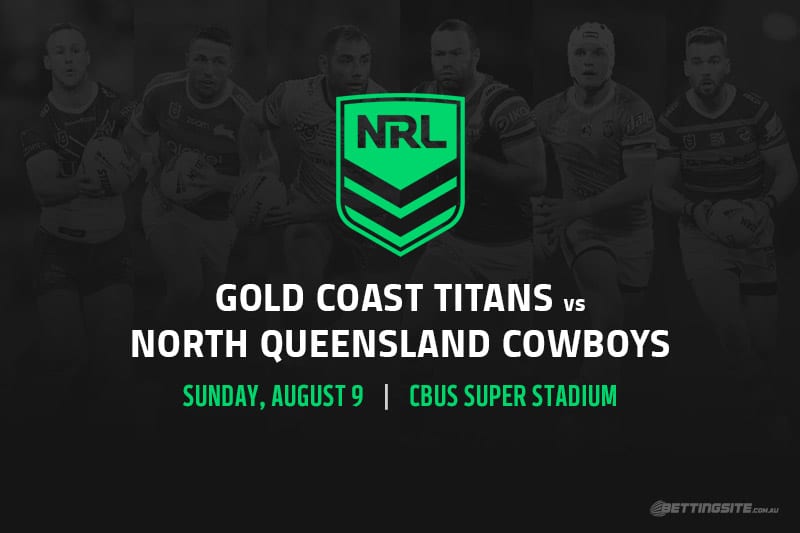 These two teams may sit in the bottom four on the ladder, but surely there is still some fun to be had in a Queensland derby?

While neither team got the win in their last start, both displayed a competitive streak against top-line opposition that would no doubt have pleased their coaches as well as the fans.

The Gold Coast Titans have shown much more application in the past fortnight against the Roosters and Panthers, atoning what was a horror showing against the Storm before that.

The North Queensland Cowboys pushed Canberra for the entire 80 minutes, fell to Manly after they blew two golden tryscoring chances, and put in a tough showing against Penrith.

While there may not be any wins from either club in the last three weeks, both have given enough to suggest we might be in for a decent Sunday afternoon clash.

The Cowboys will start as $1.68 favourites, with the home team paying as much as $2.30 at some NRL bookmakers.

North Queensland get the huge boost of having Michael Morgan return from shoulder surgery, with the club captain named to partner Ben Hampton in the halves.

The over/under line is set at 42.5 points, and dry conditions on the Gold Coast will see plenty of punters taking the overs at $1.90.

He may be in a team who have struggled in 2020, but Kyle Feldt is having another super season with 10 tries so far. He is paying $9 to score the opener and should be one punters look to back.

Anthony Don at $11 will be looking to go back-to-back for the Titans in the first tryscorer market, but don’t discount Moeaki Fotuaika at the $46 price.

Gold Coast’s emerging prop will test the Cowboys with a crash ball close to the line if the Titans get a chance early. The $8 anytime tryscorer price also appeals.

If you’re looking for either team at the margin, focus on the 1-12 options for what should be a good contest despite their ladder positions.

Best bets for Titans vs Cowboys