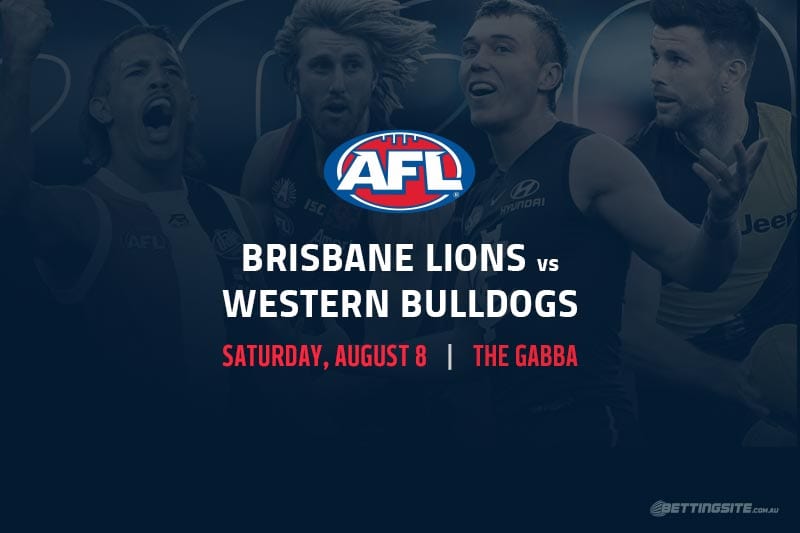 If you enjoy fast footy with plenty of action at either end of the ground, this match between the Brisbane Lions and Western Bulldogs is right up your alley.

Both of these teams were unable to secure a win last round; the Power were too strong for the Bulldogs, while the Lions were belittled by the Tigers for the 15th time in a row.

Goalkicking accuracy has been an issue for Brisbane more often than not, but the team’s 4.17 return against Richmond will have left Chris Fagan fuming.

The Bulldogs were not much better in their loss to Port Adelaide, kicking 5.12 in a low-scoring match where they only lost by 13 points.

Cam Rayner will sit out this contest after pulling his hamstring in the round 10 loss, but the Lions regain Daniel McStay after a contentious two-match ban.

If you have watched the way the Lions move the ball through the midfield, you would understand how important Hugh McCluggage is to their style of play. He often starts the chain of handballs before working his way to the outside and running hard for another disposal. McCluggage had 26 in his last clash with the Bulldogs and should be a key component again this week.

Very rarely does an individual midfielder bully another team the way Jack Macrae does to the Lions. The star Bulldog collected 47, 28 and 45 disposals in his last three games against Brisbane, two of which were personal bests for the season. If that trend continues, Macrae could be in for a big one at the Gabba this weekend.

Charlie Cameron had plenty of chances to hurt the Tigers earlier in the week, but he was just as inaccurate as the rest of his team. Charlie prides himself on his ability to make the most of his opportunities, so we can expect him to make amends with much straighter shooting against the Bulldogs on Saturday night.

Marcus Bontempelli is usually a threat when he goes forward, but he has not kicked a goal since round six. With Josh Bruce in no kind of form and Aaron Naughton still recovering from an ankle injury, the Western Bulldogs captain needs to make a bigger impact in the forward half. Bontempelli kicked six goals in his last three games against the Lions, so we reckon he can end his scoring drought this week.

Both sides were poor in front of goal last time out, but their aggressive game-styles should lead to a fast, open encounter. Keep an eye on the weather forecast, but we can expect plenty of scoring action at either end of the ground if the rain stays away.

Unfortunately for the Bulldogs, the Lions have been very hard to beat on their home deck over the past 18 months. The Brisbane midfield’s ability to shark opposition hitouts should nullify Tim English in the ruck, while Dan McStay’s return to action should straighten up their forward line.