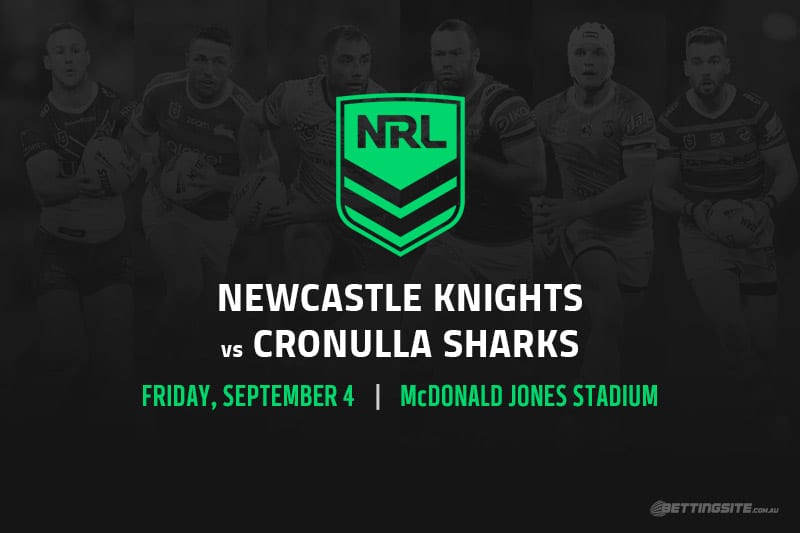 This is an enormous game for both clubs.

Should the Cronulla Sharks get the win, they can realistically push for a home final in the coming weeks.

Should the Newcastle Knights win, they will have control of their destiny when it comes to home advantage in week one of the finals.

The loser faces the reality they will most likely be fighting for eighth place. While it’s always nice to play finals, there is nothing too glamorous about making up the numbers.

Whatever happened to the Knights up at Tamworth is anyone’s guess. They were unbelievably flat from minute one, evidenced by the lack of excitement from the team when Gehamat Shibasaki scored to make it 8-6.

They have endured an enormous run of injuries and played 13 straight weeks without a bye, which rarely happens in the modern NRL, so it is hard to predict how this team will perform at the pointy end of the year.

The Sharks will start as the $2.05 outsiders at McDonald Jones Stadium, but that price might be shorter if Shaun Johnson was available.

Newcastle come in just ahead at the $1.85 price, which is largely due to their three consecutive wins at home before whatever last week was.

After disappointing losses in 2020, the Knights’ approach to their next games has been predictable.

In round eight they went to Brookvale and won a 14-12 slugfest after a bad loss in Townsville.

In round 12 they played the Storm as hard as anyone has all year following their dismal effort against the Bulldogs.

There is enough to suggest a bounce-back factor from Adam O’Brien’s men, and the $3.10 for a Knights 1-12 win is going to be the way many punters go.

Best bets for Knights vs Sharks