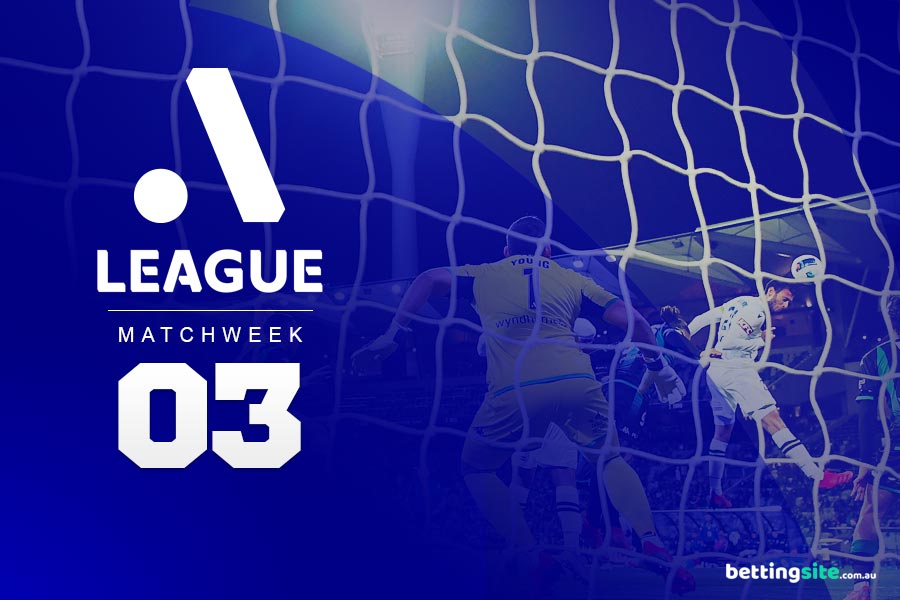 The 2021/22 A-League Men reaches Matchweek 3 this weekend, and there looks to be plenty of enticing matchups. BettingSite.com.au presents the best bets for the upcoming round of A-League action.

Matchweek 3 of the A-League Men season kicks off on Friday night when the Wellington Phoenix play host the Western Sydney Wanderers at WIN Stadium in Wollongong. Both teams are coming off entertaining matches last week, with the Phoenix getting the better of the Mariners (2-1) and Wanderers sharing the points with Newcastle (2-2). Despite the relatively high-scoring encounters last week, we think Friday’s clash might be on the dour side, with the under 2.5 goals looking the smart play. History may be against us, with only two of the past five matches between these two going under 2.5 goals, but both sides will be looking to shore up their defence this week.

Both Brisbane Roar and Adelaide United are chasing their first win of the 2021/22 season, but it is the away side who we expect to walk away with the three points on Saturday afternoon. Adelaide bounced back from a 2-0 deficit against reigning champions Melbourne City last week to walk away with a share of the points, whilst Brisbane struggled to make an impact against Melbourne Victory in a 3-0 defeat.

Having won three of their past four matches, and based on results to begin the season, it is hard to see why Adelaide are the underdogs in this encounter. Outside of home-ground advantage, there is no real reason why Brisbane Roar should be favourites heading into Saturday’s clash. This looks to be an entertaining encounter, with both sides desperate to claim all three points, but we expect it to be United heading home with the win.

Melbourne Victory are set to host the 10th-placed Perth Glory this weekend, and it is not hard to see why the league leaders are $2.45 favourites. Having defeated Western United (1-0) and Brisbane Roar (3-0), the Victory are clearly the side to be with on Sunday. Perth have struggled on the attacking front in both of their matches this season, drawing 1-1 with Adelaide and losing 1-0 to Western United. Despite being a relatively inexperienced side, the Victory should have what it takes to further sour Glory’s start to the season – especially with the likes of Robbie Kruse and Francesco Margiotta set to come off the bench for the home side.