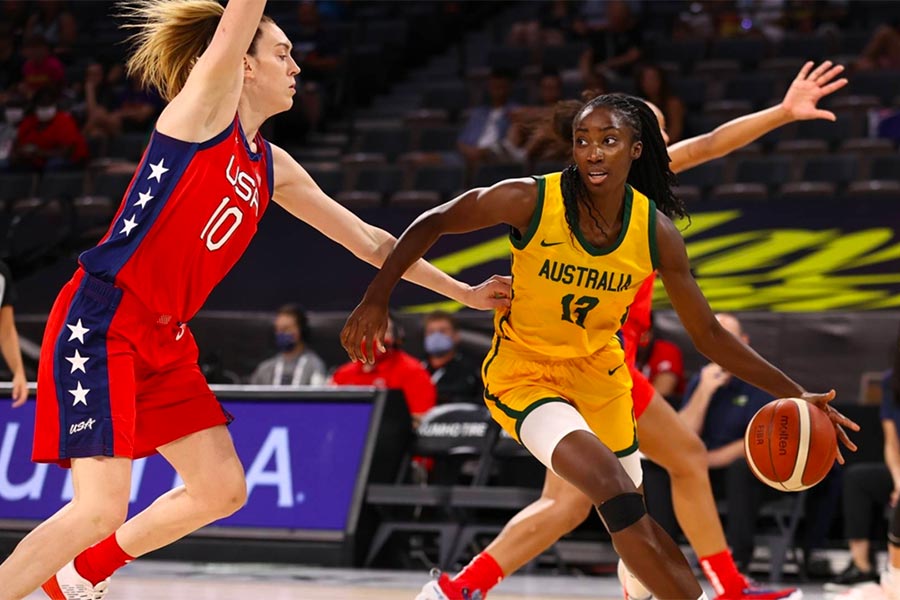 The group stage of the women’s basketball at Tokyo 2020 is complete and the quarter-finals are upon us as Australia take on the USA on Wednesday afternoon. BettingSite.com.au brings you the best bets on offer for what is set to be a must-watch encounter with a spot in the medal games up for grabs.

The Opals only just scraped into the quarter-finals with a clutch performance against Puerto Rico in their final group match. Needing to win by 25 points to secure progression into the knockout stages, the Australians put on a late blitz to secure a 96-69 victory and sneak into the final eight.

Despite facing the all-conquering Team USA, the Opals will head into the match with plenty of confidence having toppled their rivals in Las Vegas prior to the Olympics with a 70-67 exhibition win. So although they left it late to lock down a spot in the quarter-finals, Australia will prove a tough opponent for this star-studded US line-up.

Team USA has not lost a women’s basketball match at the Olympics since the 1992 semi-finals. They are looking for their 53rd consecutive win at the Games, highlighting just what the Opals are up against on Wednesday. With the Americans bowing out in the semi-final stage of the women’s football tournament, all eyes are now on the nation’s basketball contingent at Tokyo 2020.

Although they have been well below their best so far, the USA will head into their quarter-final match as near-unbackable $1.04 favourites with online bookmakers. They flexed their muscles late in their final group game, outscoring France 22-10 in the final term having trailed early in the quarter, so the upside in this team is frightening.

The Opals might not beat the Americans on Wednesday, but it would be ludicrous if we did not have a play at the +15.5 head start Sportsbet is giving the Aussies. Sure, the match in Las Vegas was just an exhibition, but winning form is good form. Despite ‘only’ facing Puerto Rico on Monday, the Opals’ second half will have given them a much-needed confidence boost.

Alongside Marriana Tolo, it was Cayla George who helped solidify Australia’s spot in the quarter-finals. The centre finished with 19 points, seven rebounds and five assists in a truly inspiring performance despite finding herself in foul trouble in the third quarter. If George can keep herself on the court, the three-time WNBL champion should have no trouble racking up 13 or more points for the game.