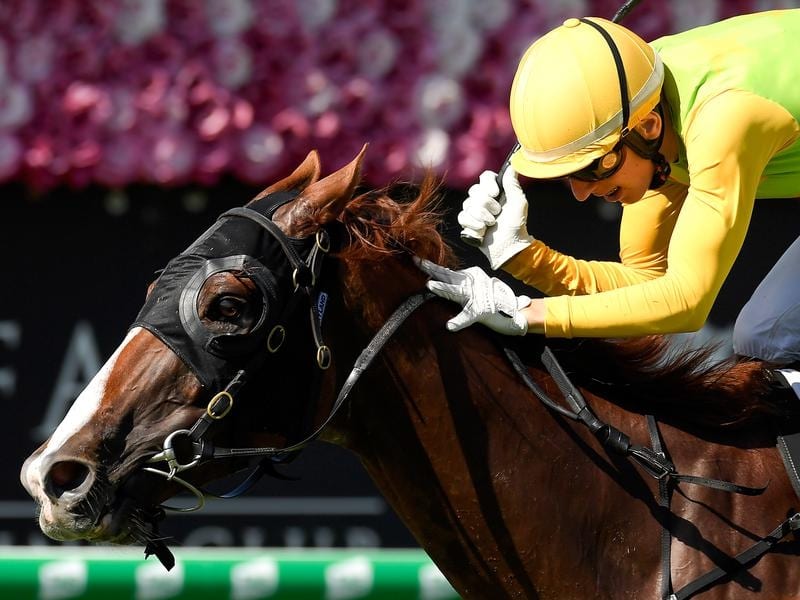 Baylee Nothdurft has outridden his apprentice claim after winning on Snitch at Eagle Farm.

In-form apprentice Baylee Nothdurft outrode his city claim and increased his lead in the senior jockeys race with his win on Snitch at Eagle Farm.

Nothdurft gave Snitch ($5.50) the run of the race just behind the pace before getting a split in the straight to beat Impasse ($1.95) by three-quarters of a length in the Family Day Handicap (1400m).

The early leader Shauquin ($26) fought on to be third a neck back.

Nothdurft has now ridden 228 winners including 80 in the metropolitan area.

He now leads the premiership on 43-1/2 winners ahead of Ryan Maloney, who was in Melbourne, on 40.

Nothdurft did his early apprenticeship with Lindsay Hatch and Ducky Baker in Toowoomba before switching to premier trainer Tony Gollan at the start of the season.

Gollan believes Nothdurft can go a long way provided he keeps his weight in check.

“He came to us a polished rider and he has built on that. Baylee is a smart young man and he is making the most of his opportunities,” Gollan said.

“I am pleased he could pass the milestone of outriding his city claim on one of our horses.”

Snitch has had a poor campaign with one placing in his five previous starts since resuming.

“But I have said all along once he drew a barrier he would be hard to beat in one of these races,” Gollan said.

“He had barrier one today and was able to sit on the pace today and have the last shot at them.

“Snitch isn’t that far off bring a stakes horse and that was his eighth win.”

Nothdurft, who earlier won on Usmanov, said he had been lucky to have the support of some top trainers and owners.

Promising stayer The Kingdom ($5.50) defied statistics when he beat Slow Hand ($3) by a short half head in the Anzac Day Races Handicap (1800m).

The Kingdom came from the outside barrier to win which was a feat rarely achieved from the 1800m.

Stable spokesman Les Kelly Junior said before the race he had checked the statistics and he could not find the last horse to win at the 1800m from the outside barrier on the new track.

“We are keen to get him out even further as he looks a real stayer,” he said.