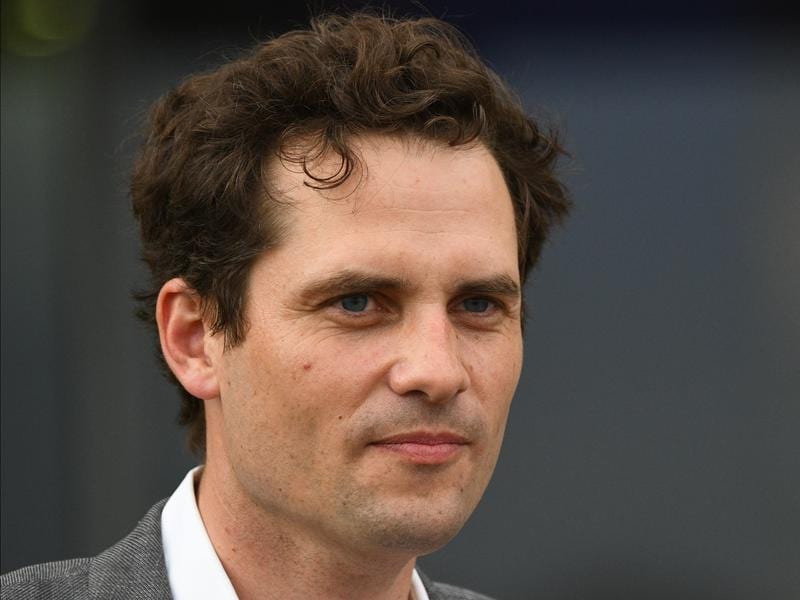 Trainer Matt Cumani will have two runners in the $850,000 Showdown for two-year-olds at Caulfield.

Trainer Matt Cumani does not know what he has done to continually to have poor barrier draws for his runners.

Cumani has two starters in Saturday’s $855,000 feature, The Showdown, at Caulfield and again cannot believe his bad luck.

Last-start Echuca winner Khoekhoe has gate 10 with Coup De Tonnerre, second to his stablemate at Echuca, drawn out in 16.

“It’s lovely to have a couple of runners in a good race but I just cannot seem to draw a barrier,” Cumani said.

“It’s very frustrating that we’ve drawn wide and probably the wrong way around too.

“Coup De Tonnerre’s a bit of a get up and run type whereas Khoekhoe is a bit more laid back and relaxed.

“You’d probably prefer them the other way round, but we’ll see what we can do.”

After a disappointing debut at Ballarat in February, when supported from $14 to $8, Khoekhoe’s win at Echuca, when a $21 chance, went some way to re-establishing his credentials in Cumani’s yard.

“When he ran at Ballarat on debut we were a little bit flattened by his performance,” Cumani said.

“After that we lost a bit of focus with him and thought he was going to be more of a three-year-old.

“He’s a big rangy horse so we thought we’d give him a couple of more runs, but he came out and bolted up at Echuca and that brought everything back into focus.”

The Cumani stable was expecting Coup De Tonnerre to beat Khoekhoe home and was supported accordingly.

“That’s why he went off at that price as the stable was more behind the other horse,” Cumani said.

“That’s the luck of the draw I suppose, but it’s better than them both coming last.”

Both two-year-olds have trained on well since their Echuca outing earlier in the month and galloped at Ballarat on Tuesday.

Cumani said Coup De Tonnerre was the flashier of the pair, leaving nothing out there while Khoekhoe did enough to show he is on target.

“Like all the other trainers I think we’re all in the same position and learning about our horses,” Cumani said.

“They’re both nice horses and it’s a crazy, crazy amount of prize money that we’re racing for in a restricted race and worth having a shot at.”