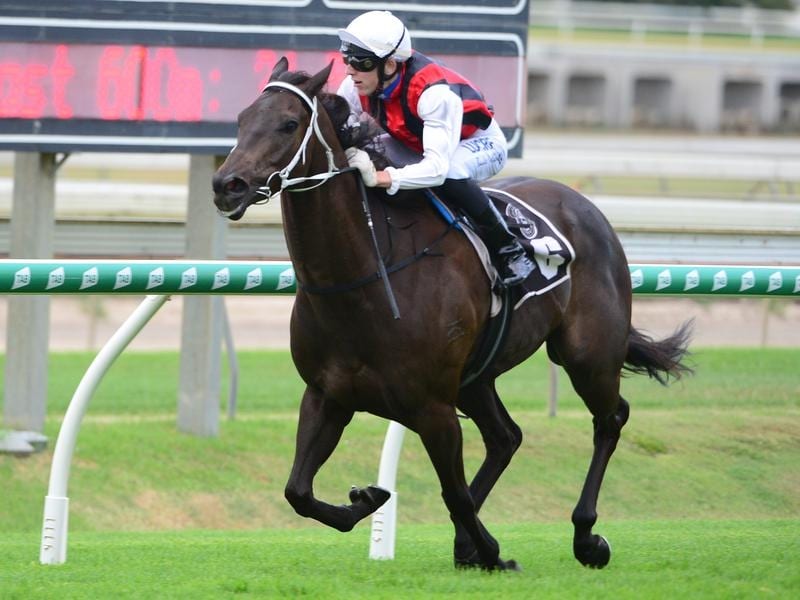 Mr Marbellouz will step up to Listed class in the Ascot Handicap at his favourite track, Doomben.

Speedy Mr Marbellouz’s liking for the Doomben circuit is one reason to duck a restricted class race to run in the Listed Ascot Handicap.

Trainer Kevin Kemp had entered Mr Marbellouz for Saturday’s Ascot and the Benchmark 85 race where he had top weight of 61.5kg.

Mr Marbellouz has a good record of seven wins from 14 starts but his Doomben record is four wins and two seconds from six starts.

“His 1200 metre record at Doomben is four goes for three wins and a second,” Kemp said.

“So yes he does like Doomben and it seems to be his best track.”

Mr Marbellouz has been beaten in Listed company at his past two starts finishing fifth in the Goldmarket and eighth in the Weetwood.

There were excuses for his defeats in both races and the gelding should be at his top on Saturday.

Mr Marbellouz has drawn barrier 10 on Saturday but Kemp hopes it won’t be a disadvantage as he is a speedy beginner and there doesn’t appear to be any other leader in the race.