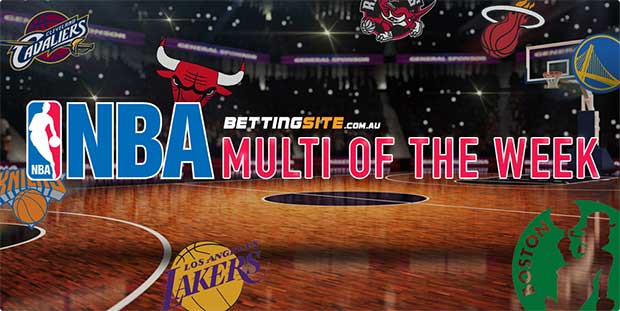 ALRIGHT, it’s time to clean up with another crack at the NBA

The best basketball league in the entire universe offers up a seven game set on Thursday, which features both of last year’s NBA finalists in action.

The Oklahoma City Thunder start of proceedings with a visit to the Charlotte Hornets, while Dwight Howard heads back to his former, former, former team when the Atlanta Hawks land at the Orlando Magic, with both of those games at 11am AEDT.

At 11.30am, the Milwaukee Bucks square off against the New York Knicks, before the NBA champion Cleveland Cavaliers welcome the Chicago Bulls at noon.

A trio of late games tip off at 2.30pm on the west coast.

The overachieving Memphis Grizzlies take on the injury riddled Los Angeles Clippers, the Portland Trailblazer have to make the toughest trip in basketball to take on the Golden State Warriors and the Miami Heat head to Sacramento for a date with the vastly improved Kings.

It all adds up to a smorgasbord of hard court action, perfect for punters to turn their hard earned into some serious coin.

We’ve inspected all the games and here is our take on a multi that should hopefully get the job done for our readers.

Charlotte Hornets to defeat the Oklahoma City Thunder at $1.71

Orlando Magic to defeat the Atlanta Hawks at $2.35

Milwaukee Bucks to defeat the New York Knicks at $1.87

Cleveland Cavaliers to defeat the Chicago Bulls at $1.31

Golden State Warriors to defeat the Portland Trailblazers at $1.04

Sacramento Kings to defeat the Miami Heat at $1.37

Ok, here’s the deal. Every one thinks Russell Westbrook is the MVP. But an MVP wins games when it counts, and that is something he has struggled to do. Westbrook supporters argue that without his gaudy numbers, the Thunder wouldn’t even be close in some games, but that means nothing when Westbrook throws up an inexplicably bad three pointer, or misses the open man when the game is on the line. While Kemba Walker and the Hornets haven’t exactly been setting the world on fire, they have the home court advantage here and should be able to hold the Thunder off, the battle between he and Westbrook a feature.

The vastly improved Orlando Magic take on their former marquee man Howard and the woeful Atlanta Hawks. Somehow, the Hawks have managed to achieve a record better than .500, even if they have looked, at times, like the worst team in the NBA not named Phoenix. The Magic, with Aaron Gordon basting at the three, already defeated the Hawks – in Atlanta – last month, and they should be able to do the job again on their home floor.

Aussie Matthew Dellavedova’s injury might have played him out of a starting role, with rookie Buck Malcolm Brogdon putting in some serious work. The Bucks have got themselves over .500 with back to back wins against the Bulls and then the Thunder, led largely by the remarkable talent that is Giannis Antetokounmpo. The Knicks have regularly allowed the opposing team’s superstar (and in many instances, the opposing team’s half decent player) rain down massive numbers of them, so we expect the Greek Freak will be in for some sort of career game. When are the Knicks going to hand this team to Kristaps Porzingis?

The Bulls have become a basket case. Ramon Rondo has been benched and they have almost zero floor spacing with Dwyane Wade and Jimmy Buckets on the floor. Despite their franchise star going off for 52 points on the Hornets, a trip to the NBA champions poses a whole other world challenge. Expect LeBron James, Kyrie Irving and Kevin Love to serve up a dose of reality to the Bulls in this one.

This is one of those throwaway legs that just adds a little bit of value for almost no risk. Damian Lillard and CJ McCollum might be one of the best young back courts in the game, but this is the Warriors we are talking about. Steph Curry – even if he has been criticised for a lower level of play – Klay Thompson and Kevin Durant have been absolutely destroying teams, especially at home, where the Warriors have lost just twice this season. The Blazers are a bit of a basket case outside their back court and, while the Warriors aren’t the greatest up front, their brand of team defence, mixed with perhaps the most lethal offence this league has ever seen, should be enough for a comfortable win. Let’s say 20 points, conservatively.

What of the Sacramento Kings? This team, at times, look likes it could challenge the best in the west. And then at other times, it looks like it should be challenging for the 2017 number one draft pick. After reeling off six wins in eight games, including four in a row, the Kings have found themselves in the playoff picture. Despite back to back losses at Portland and then at home vs. the tough Grizzlies, we think big DeMarcus Cousins and his band of not so merry men can get back on track against the terrible Heat, who have managed to win just 10 games this season and are missing Dwayne Wade more than they would care to admit at this juncture.