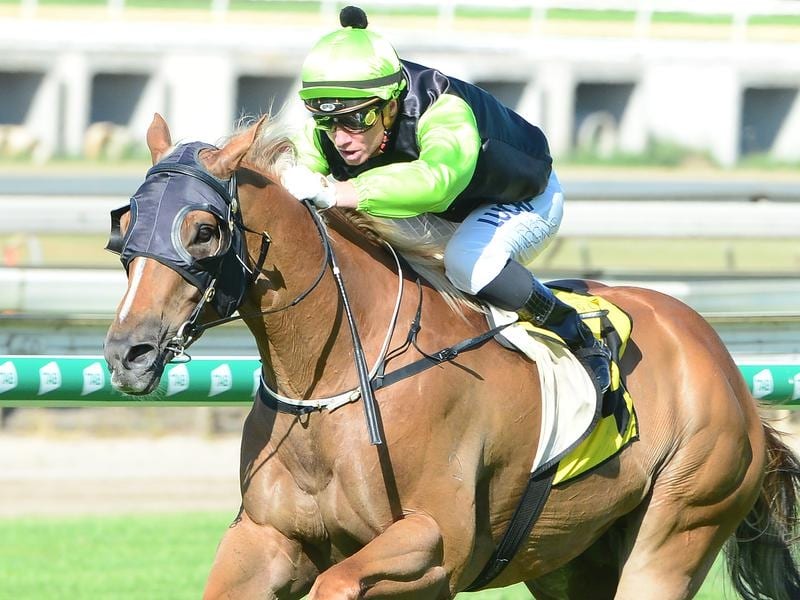 Cabeirian’s Sunshine Coast win will boost his trainer Gary Doughty who is recovering from surgery.

Trainer Gary Doughty has received a major boost to his recovery from a six-hour operation with Cabeirian’s win at the Sunshine Coast.

Doughty had surgery in 2017 for a diverticulitis which had burst and he required follow-up surgery last week.

His wife and fellow trainer Kelly said Doughty was on the operating table for six hours and spent a week in hospital.

“He is home but obviously pretty weak. Our main task is to get him to eat so he can build up his strength,” Kelly Doughty said.

“But this will be a real boost as he loves Cabeirian and always said he would make a top horse.”

A flashy chestnut, Cabeirian is a half brother by Snitzel to the Doughty’s top sprinter Flamboyer.

“Now we are back on bigger tracks I hope Cabeirian can work his way through the classes,” Kelly Doughty said.

Doughty retired from riding almost 20 years ago after suffering an eye injury in a fall.

A a jockey, Gary Doughty is best remembered for his win on 250-1 chance Abaridy in the 1986 Group One Caulfield Guineas.