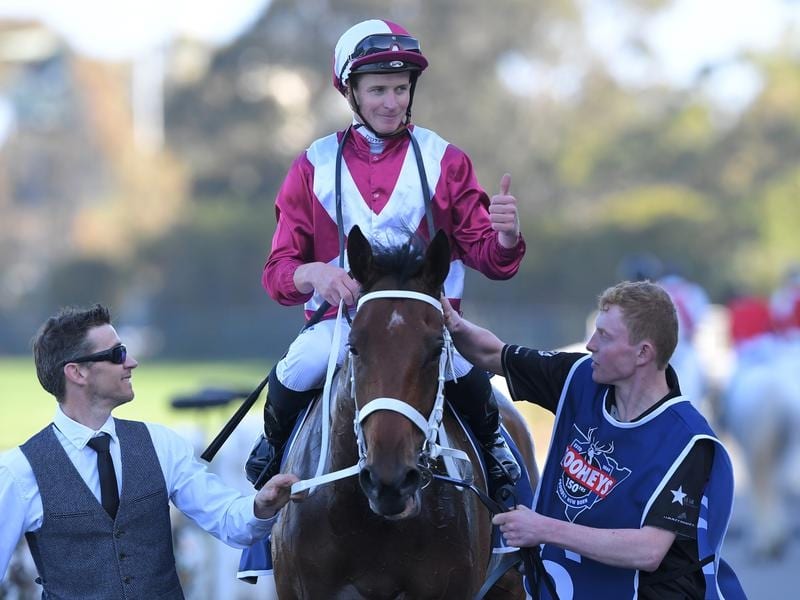 West Australian star Arcadia Queen has revived memories of Winx for her trainer and jockey with a scintillating win at her Sydney debut in the Theo Marks Stakes at Rosehill.

For trainer Chris Waller, Saturday was the first time he had succumbed to race day nerves since Winx was winding up her glorious career in the autumn.

And for winning jockey James McDonald, Arcadia Queen’s win took his mind back to his victory aboard the champion mare in the corresponding race four years ago.

“She’s very push-button, she knew it was race day today.

“She settled nicely in behind the leaders and gave her trademark turn of foot, she’s beautiful to ride and I love how she pins the ears back and has a good crack – a bit like the horse I won this race on (Winx).”

A winner of five of her six starts in Perth including the Group One Kingston Town Classic, Arcadia Queen is raced by high-profile owner Bob Peters who sent her to Waller for a shot at the $14 million The Everest.

There is high pressure taking over the career of a budding star and Waller says he felt the nerves for the first time since Winx was racing.

Also keeping to the Winx theme was the fact the champion celebrated her eighth birthday on Saturday.

“I felt a little bit of pressure today for the first time in a few months,” Waller said.

“It was good to get that feeling back.

“It’s a big ask to send a horse this way. We’ve identified a race and it’s easy to talk about it, but to start to try to make it work we had to produce her and she’s done a great job first up.”

McDonald settled Arcadia Queen ($1.95 fav) within striking distance of the leaders and when he asked for an effort, she unleashed a turn off foot to zip clear, scoring by 1-3/4 lengths over Trope ($5.50) with Gem Song ($15) also closing late another neck away.

Waller said Arcadia Queen was unlikely to run again before The Everest (1200m) at Randwick on October 19, the TAB shortening her quote for the rich sprint from $11 to $7 after Saturday’s performance.

“I’d say we can keep her sharp based on that,” Waller said.

Peters was on the phone to Waller shortly after the win and the trainer said he had deliberately kept a lid on expectations.

“I didn’t want to get him too worked up and say too much because you’re on a hiding to nothing when you’ve had a good horse sent to you, a Group One horse, and big ambitions,” Waller said.

“I just told him everything had gone to plan.”